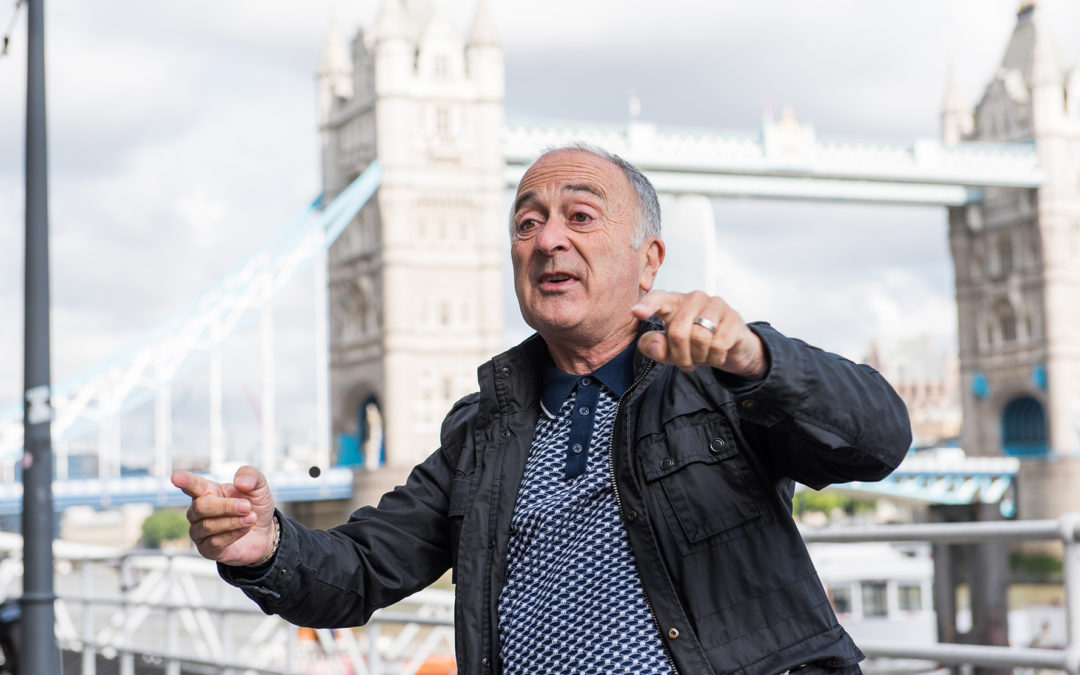 Ancestry asked us to create a promotional video for the launch of a new collection of historic photos. Ancestry is the UK’s most popular family search website providing access to 1 billion records. Ancestry wanted to create a short video featuring their regular brand ambassador, Sir Tony Robinson at five London locations that appear in the collection and hold personal significance for him.

The video was intended to be offered to media agencies in line with the collection launch on as well as promoted via Ancestry’s social channels. In addition to delivering the promotional video we were also asked to supply a photographer to capture images at each location for additional media content.

Our brief was to follow Sir Tony Robinson on an ancestral tour around London, visiting five locations that hold personal significance for him and also appear in the UK, City, Town and Village Photos, 1860-1960 (Francis Frith Collection). Images from the collection will be interspersed with footage of the same scenes today.

We had a half day to film with Sir Tony and around five locations across London, including: Tower Bridge, East India Dock Road, Shaftesbury Avenue, Nelson’s Column and Broadcasting House. We had approximately 45 minutes at each location so filming had to be fast. We needed a mobile crew who would be set up and ready to go the minute they hit the location. We used a crew of five, which included a director, camera person, sound recordist, unit production manager and photographer. As you can see from the hustle and bustle in the background, the noise at the location created a tricky issue for the sound recordist and with limited time we needed to be on top of our game to capture high-quality audio and video.

Sir Tony was great to work with and a consummate professional so we were able to complete the required script at each location and even had time to grab some behind the scenes photos too.

For this kind of filming our one key learning was that a recce visit prior to the filming day was essential. It meant that our crew knew exactly where to film and how to setup each shot prior to arrival which saved so much time on the day.

Need a promotional video? Get in touch using the form below.