A Guide To Pre-Roll Advertising (With Examples Of Successful Campaigns) 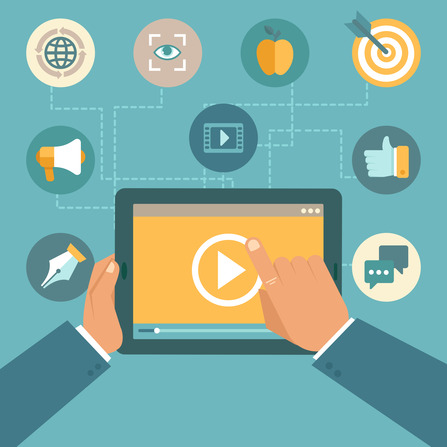 What is Pre-roll Advertising?

When YouTube introduced TrueView, they gave the viewer the option to skip the pre-roll ad being displayed after watching five seconds of footage. Advertisers are only charged when someone chooses to watch beyond this five second mark.

While TrueView avoids the problem of being overcharged, creating genuine viewer engagement for pre-roll ads still presents a significant challenge. Here we will look at pre-roll advertising in more detail. Included below are platforms that offer pre-roll advertising, best practices and specific examples of advertisers that are succeeding with this format.

While pre-roll ads are most closely associated with YouTube it is by no means the only platform that offers this form of advertising. Some other platforms which offer pre-roll advertising include:

Keep in mind context – One of most common complaints about pre-roll advertising is that the ad is longer than the video that it precedes. No-one wants to see a thirty second advertisement before a video clip that may be half of that.

Careful targeting – YouTube provides granular targeting for which types of audience your pre-roll ad appears in front of. Distaste for pre-roll advertising is often due to the fact that the offer has nothing to do with the needs or interests of the person who is forced to watch it. Use the targeting options available and the refine your audience based on the analytic data you gather.

Make them laugh – When looking at the pre-roll ads that have succeeded a recurring element is humour. Viewers have an inbuilt resistance to pre-roll advertising because it delays them from watching the video that they have selected. If you can provide value by making them laugh then that audience is much more likely to respond favourably to the ad.

Build Curiosity – Keeping the audience engaged with the ad beyond the five second skip mark can be challenging. If you can build curiosity into your ad in these first five seconds you should lower the number of people who skip.

Arguably the most successful pre-roll ad has been the GEICO unskippable ad. Developed by the Martin Agency this advertisement achieved a lot of buzz and was the winner of the Gran Prix at the 2015 Cannes Lion festival. Each of the spots featured a different setup but always with the actors freezing at the five second mark. The voice over then announces that “You can’t skip this Geico ad because it’s already over”. The video isn’t just a novelty however. GEICO still clearly deliver it’s brand and campaign message. The GEICO logo is center stage through-out the video. And the key point that GEICO delivers savings is featured in the first five seconds.

How do you keep the viewer from hitting the skip button? NAIL Communications can up with the novel approach of threatening to electrocute a puppy. In order to see the fate of the puppy viewers need to watch past the five seconds mark. The payoff is that it’s all for a good cause. NAIL Communications is contributing an equal amount to what YouTube is charging them to the ASPCA. They also provide a link to click through to learn more about the work that ASPCA does. NAIL Communications reports that the pre-roll video had a 26% completion rate which speaks to the effectiveness of building curiosity into your ads.

Two elements which distinguish successful pre-roll ads is their ability to address viewer reluctance to the intrusion of the ad and closely aligning the content with that of the video that it precedes. Colenso BBDO for their Burger King campaign executed both perfectly. The advertiser created 64 custom scripts so that each ad could be customized for the video it played in front of. The ad also candidly states that their target audience – young men – hates pre-roll advertising while still presenting Burger Kings offer. You can see more about how the campaign was set-up in the video below:

One thing that all successful pre-roll videos have in common is the ability to grab attention in the first five seconds. The lesson is that if you are planning on using pre-roll advertising then you need to create a video designed for that medium. There is no one size fits all solution when developing an effective online video campaign strategy.

Captivating attention and building engagement in those first five seconds is a challenge, but it is essential that it’s met if you want to go beyond a tiny fraction of your potential audience.

Planning an online video ad campaign? We would love to help. Get in touch using the form below.