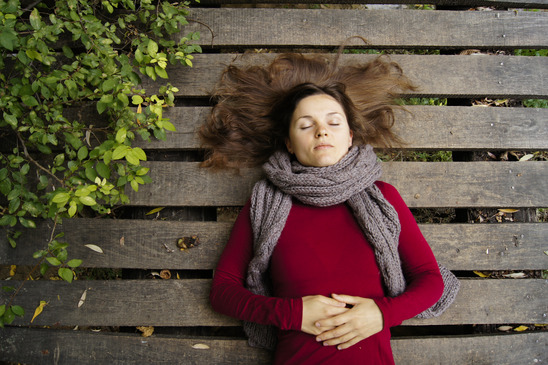 Spike Jonze seized the attention of music fans and industry insiders when he produced the “Beastie Boys” hit single “Sabotage”. Along with public acclaim the video also won him four MTV music awards. Since then Jonze has achieved a huge amount of success both as a director of music videos for the likes of REM and Weezer, as well as producing critically acclaimed feature films like “Being John Malkovich” and “Her”.

If this wasn’t enough Jonze has had a highly successful career as a commercials director. Jonze has worked with brands such as The Gap, Adidas, and IKEA. Jonze’s ads have been well received by industry insiders, in 2006 he was nominated by the Directors Guild of America for “Outstanding Achievement in Commercials”.

Here are six of the best examples of Spike Jonze’s working in advertising:

Jonze creates an enthralling dream sequence for Adidas, connecting the brand with a sense of creativity that strongly reinforces their marketing message of the “World’s First Intelligent Shoes”. The video features a single protagonist as he navigate his way through a series of dream like world’s which closely mimic reality. While the video has a definite sense of movement it never feels rushed, a feeling which is cleverly reinforced by the ethereal backing of Karen O’s “Hello Tomorrow” sound track.

Prefiguring Jonze’s iPhone love story “Her”Jonze both celebrates and mocks our love for inanimate objects with this commercial for Ikea. The ad starts with the melancholy soundtrack as a young woman places her newly replaced lamp out on the curb for trash collectors to pick up. As the commercial progresses it tugs at our heart strings for the hastily discarded old lamp. Rain falls on the lamp with exterior shots of the owner with their new lamp cosily inside. Finally the light extinguishes for the last time. Then as our feelings of sadness for the lamp reach their height, like a magician who reveals his tricks, Jonze points out just how silly this all is. Enter a man breaking the fourth wall talking directly to the viewer and pointing out that “Many of us feel bad for this lamp, that is because you are crazy it has no feelings, and the new one is much better”. The implication being that instead of sentimentalizing old furniture it’s time to replace them with new, improved items from IKEA.

Who confronted by the overly neat order of a GAP store hasn’t secretly wanted to destroy it? Jonze brings that fantasy to life with the completely over the top commercial titled “Pardon our dust” for GAP. The ad is set in a GAP store that is experiencing a very quiet day. In fact the store seems to be occupied mainly by workers. As the staff quietly go about minding the store, one employee decides to break the silence by knocking a pile of shirts off the shelf. Within a couple seconds everybody starts breaking stuff, knocking things over and before you know there is a car going through the glass, a bike going up the escalator and someone standing there with a powered tool. The point? Gap is overhauling their stores and changing out layouts so please Pardon their Dust. The high point? “Soccer Mom” casually deciding the she is going to drive her mini-van right into the store.

This Levi’s ad is for their wide leg men’s jeans. Set in a hospital it begins with a young man being taken into the emergency room. Obviously seriously injured we are faced with a life and death situation.  The patient awakens and then slowly begins the first bars of the classic 80’s pop tune “Tainted Love”. After a couple seconds one member of the team starts to sing along and before you know it the entire room is singing, dancing and goofing around. The patient then flat lines and as he is revived his legs spread wide and of course his jeans allow this to happen comfortably. Within seconds the medical team is singing once again.

This ad for Levi’s starring crazy leg’s dancer Johnny Cervain brought him to mainstream attention for his signature dancing style. The ad was actually such a hit that Cervain received numerous offers right after the ad aired. The ad features Cervain walking through the streets while fluidly floating, shaking, breaking and vibrating his legs to the point where the audience is questioning whether what they are seeing is real. The crazy legs dancing cleverly keeps the viewers attention squarely on the product – Levi’s jeans.  This ad also effectively illustrates that if Cervain can bust these types of moves in the jeans then there is nothing you can’t do in them.

The space between dreams and reality is common Jonze theme. In this ad for Nissan Mark Gonzalez combines the appeal of the dream sequence with the appeal of the cuteness of a dog. The ad starts with the a dog pushing his sleeping owner down a busy street in his arms chair. Our dog hero realises that the fastest way to get his owner to the intended destination is down the sharp incline of a downward hill. Once momentum is gained the dog joins his owner on the armchair for a thrilling downward ride. Despite the danger of being caught up in traffic the owner manages to stay asleep through out the journey. Jonze cleverly combines the oddness of the situation, the imminent danger of navigating traffic while asleep in an armchair with the mystery of where is the dog taking his owner. And so where does man’s best friend want to take his owner? A Nissan Frontier rotating in front of a showroom. The duo depart in the Nissan, although the dog makes a second appearance hopping out of a manhole with an Asian gentleman who declares “Dogs Love It!”