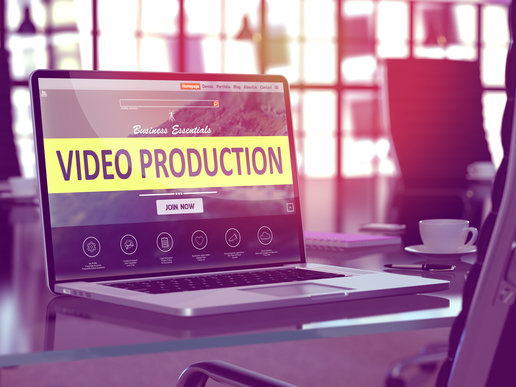 In today’s post our Production Co-ordinator Dylan shares his knowledge from ten years in the industry.

The transition into moving image driven content, is a natural progression for any brand that is looking to expand their customer base. For people new to the film making process, it can be a daunting, exciting and sometimes intimidating experience. As a Production Manager and Producer with over 10 years experience in client facing roles, I have worked with newcomers and established agencies alike. And no matter how long they’ve been doing it, the same questions, challenges and issues occur again and again.

So here are a few things to expect, when making your first move into the world of branded or corporate films.

1. Be Clear About What You Want

One of the biggest issues that can occur throughout the production process, is a lack of communication on how you see the finished product. With two creative teams meeting for the first time, a lot of exciting ideas can be bounced around. Be sure to emphasise the ones you like and the ones you don’t, if you are unsure say so, as once it’s in the can it’s a lot harder to change.

If an agency are taking the project in a direction you don’t like, then tell them. A director will often be just as excited about the brief as you are, but the way they visualise it could be completely different to you. Don’t be afraid to say no and get things flowing in a direction that best serves your brand. Conversely, they could come up with something that you would have never imagined, that takes your concept to a whole new level.

So you’ve had your initial meetings, the ideas have both parties fired up and you ask for a quote. When said quote comes back, it’s a lot more than you expected. You are shocked, put off and can’t help wonder “Are they trying to pull a fast one?” The answer to that is almost certainly not. Film production can be as expensive or as cheap as you need it to be, depending on your vision.

Something you might think is fairly simple and mundane, like driving a car down a street, can be more costly that you could have ever imagined. Specialist kit needs to be hired, qualified personnel need to be employed to rig the equipment, permissions from local authorities need to be granted and paid for and traffic control needs to be implemented. That is on top of all the day to day costs of shooting, such as the regular crews wages, camera and lighting hire and catering.

Don’t be afraid to ask why things are costed the way they are. See if there is a middle ground you can meet on that is more cost effective. But remember, if the project is an ambitious one, you need a team with the experience to handle it. If it’s a simple project, then a smaller crew may relish the challenge and deliver something brilliant for a great cost.

We discussed earlier the implications of not voicing your concerns and being disappointed with the results. So make sure they keep you informed every step of the way.

This is also important within your business, make sure decisions are being made by the right people. Many years ago I did a production for a well-known make up brand, the marketing team were heavily involved in the decision making process. When the final video was delivered, the CEO of the company was displeased with it, as he had not been informed of the direction the campaign was taking. With his biggest gripe being the choice of models, all of whom had been provided by his company.

So make sure the right person is signing things off.

4. Who Are All These People?

All the prep is done, everything has been signed off and the big day has arrived. You get to the shoot location at some ridiculous time in the morning and it’s a hive of activity. There are people moving furniture, erecting lights, setting up complicated looking kit and you have no idea what is going on. You are ushered into a room and an attentive runner makes sure you are never without a cup of tea. The people you have been working with for the last month, are now running around fighting a thousand fires, with stress levels at maximum. You wonder, “Is this all going horribly wrong?”

Actually this all perfectly normal, film shoots are always very well organised chaos. There are so many variables, that’s it is almost impossible to cover every eventuality.

As the shoot begins, things start to settle down and all becomes still. You start to notice there are an awful lot of people who appear to be doing nothing, and you wonder “Am I paying these people to do nothing?” No, what you are actually paying for is a group of highly trained professionals, who have to do their job efficiently and quickly when the time is right.

After a few hours the novelty wears off, you watch the same action again and again, as the crew do take after take from different angels. This is the reality of film making, it’s actually incredibly dull. But it’s necessary to get all this coverage in order make sure you have a coherent piece at the end of it.

The post production period is often the most overlooked of the entire process. You may have been filming anywhere from one to ten days, but post production could last anything from a week to several months, depending on the complexity of your project.

When you see the first cut, it will likely be a bit of a disappointment. The colour will be flat, the music will be missing, scenes may seem hastily edited together and the graphics will be low quality or completely absent. This is entirely normal, just try to accept and look past the superficial errors. If the film conveys the message you wanted, then you are onto a winner. If you feel it’s unclear, give notes and see if they can bring it more in line with your vision. There’s a reason they spent so long doing the same scenes again and again.

The colour grade and the dub that follows, will add the much needed professional finish you require to make the film look as good as you imagined.

I could probably write an in depth book on all the don’ts, do’s and what if’s of branded and corporate films. But I hope these pointers help a little, whether you are just starting out in this area or have been at it for years, and just need a little assurance that it’s always like this.