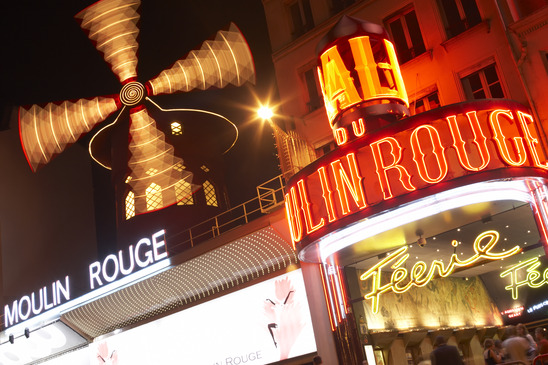 Australian director Baz Luhrmann is best known for the lush, bombastic style of films like Romeo + Juliet, Australia & Moulin Rouge. He has also brought that same aesthetic to a number of big budget commercials as shown below.

This three minute short film / advertisement stars Luhrmann favourite Nicole Kidman as a celebrity looking for an escape. With a budget larger than many full length features it delivers a true cinema experience with a storyline to match.

In the commercial Nicole Kidman runs into the street wearing a pink dress. She then gets into a cab with the one man in the world who doesn’t know who she is. Following a love affair with the unnamed man (played by Rodrigo Santoro) she goes back to her life of celebrity.

Standing on the red carpet with the cameras of the paparazzi flashing she looks back towards the building where her lover is waiting. He stands atop the building with a huge letters reading Coco Chanel. They smile at one another and the credits role.

With a movie-size budge of $42 USD million branded content on this scale was seen as innovative. Kidman alone was paid $12 million for appearing in the advertisement. The ad was run in North American cinema, and a 30 second version of the ad also played on primetime during the holiday season of 2006 in Canada and the United States.

The soundtrack to the advertisement is “Claire de Lune”, which was originally composed by Debussy, and was arranged by Claire de Lune.

In 2015 Luhrmann made a follow up to No.5 the film this time starring Giselle Bundchen in the role that Nicole Kidman in the previous film.

Visually the two advertisements are very similar featuring lush, big budget visuals backed by a romantic soundtrack. The narrative of the later commercial mirrors the earlier one with the exception that where Kidman was portrayed as a classic Hollywood starlet, Bundchen is far more active heroine, opening the video surfing.

The two commercials also end on a different note. Bundchen prioritizes love over her career, where-as the Kidman character eventually returns to the reality of her celebrity life. Luhrmann describes the difference between the two films in an interview with Vanity Fair as:

“The difference 10 years ago is Nicole gives up her escape and goes back to her responsibilities. Ten years later, Gisele draws a line on her work and goes towards love.”

Throughout the video singer Lo-Fang performs a slowed down version of the hit song from the musical Grease “You’re the One that I want.”

Luhrmann’s ad for the Tourism Australia tell the story of a harried female professional who rediscovers herself and romance by visiting Australia. The narrative mirrors that of Luhrmann’s big budget feature “Australia” which likewise saw a female protagonist (Nicole Kidman) come to the land down under to find her lost sense of self and fall in love in the process.

The advertisement followed on the back of the controversial campaign “Where the bloody hell are you?”. This campaign was a sharp contrast to the quasi-mystical Luhrmann ad which features a mysterious aboriginal boy who tells our female hero in a dream to “go walkabout”.

The commercial was part of an $40AUD global advertising campaign and ran in 22 markets. The ad was the first work that agency DDB Worldwide had done on behalf of Tourism Australia, after winning the account from M&C Saatchi.