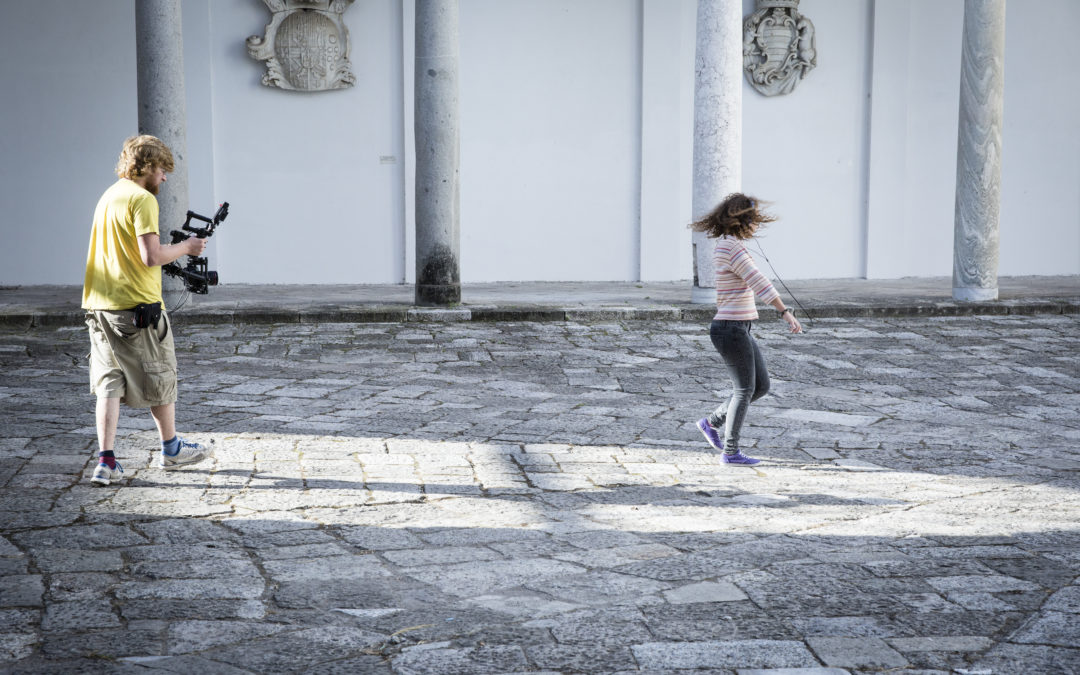 A reliable stabiliser is integral to the quality of any film, but it is often difficult to know which stabilisation system is best for the job. Below Bold Content Video cameraman, Ben, compares the new DS1 Beholder to its competitors and shows us why it is the leading option for handheld stabilisers.

The main competitor for the DS1 Beholder is the Movi M5. The Movi M5 has gained much of its recognition because many people argue that it is the easiest system to use. It has a 3 axis stabiliser and is priced significantly higher than its competitors at £3000. One benefit of this system is that it can be used with high end cameras or DSLRs, while the DS1 could not support the larger cameras.

Unfortunately, the Movi M5 does not always function properly if it is not perfectly balanced. It is often the case that filmmakers cannot spare much time to precisely balance a stabiliser, so the DS1 Beholder is the more practical option in this area because you can use it when it is not perfectly balanced. In addition to its balancing issues, the Movi M5 sometimes suffers from internal shaking that is barely noticeable when filming. You would typically notice the shaking when you are in the editing suite, when it is too late to reshoot.

A more affordable alternative to the Movi M5 is the Glidecam 2000 HD. This stabilisation system has been popular for many years because it does not require any batteries and is priced at around £500. The device is also fairly simple to operate and creates the iconic indie film look. The filmmaker from Run Gun Shoot, Brandon Li, considers the Glidecam 2000 to be the better option than the Movi M5 because while they have the same capacities, the Glidecam saves you about £2500. While the Movi M5 can be rigged as a Steadicam and be put into larger rigs for cinema purposes, the Glidecam provides corporate video and day-to-day filmmakers with stabilisation at a reasonable price. Similarly to the Movi M5, if the Glidecam 2000 HD is not balanced perfectly, the device wobbles, leaving most of the shots unusable and making the DS1 the better option.

Problems With The DS1 Beholder

One issue with the DS1 Beholder is with its mechanical turning. Occasionally the engine will not be able to keep up with the operator’s movements, and it will shut off. This becomes a problem if you take your focus away from how far you are turning the device for a while. There is also a mechanical turning switch that works until the operator stops moving. As soon as the motion stops, there is an abrupt pause in the footage which makes that shot unusable.

The DS1 Beholder is still the optimal choice as it has many of the perks of the Movi M5 without the large price tag. It is priced at around £550, making it only £50 more than the Glidecam.

Before the DS1 Beholder, the Movi M5 was the forerunner in the stabilisation market for independent filmmakers, corporate videos production companies, and lower budget films. But since its release, the DS1 has become a clear leader given its price, look, ease of stabilisation, and overall performance.