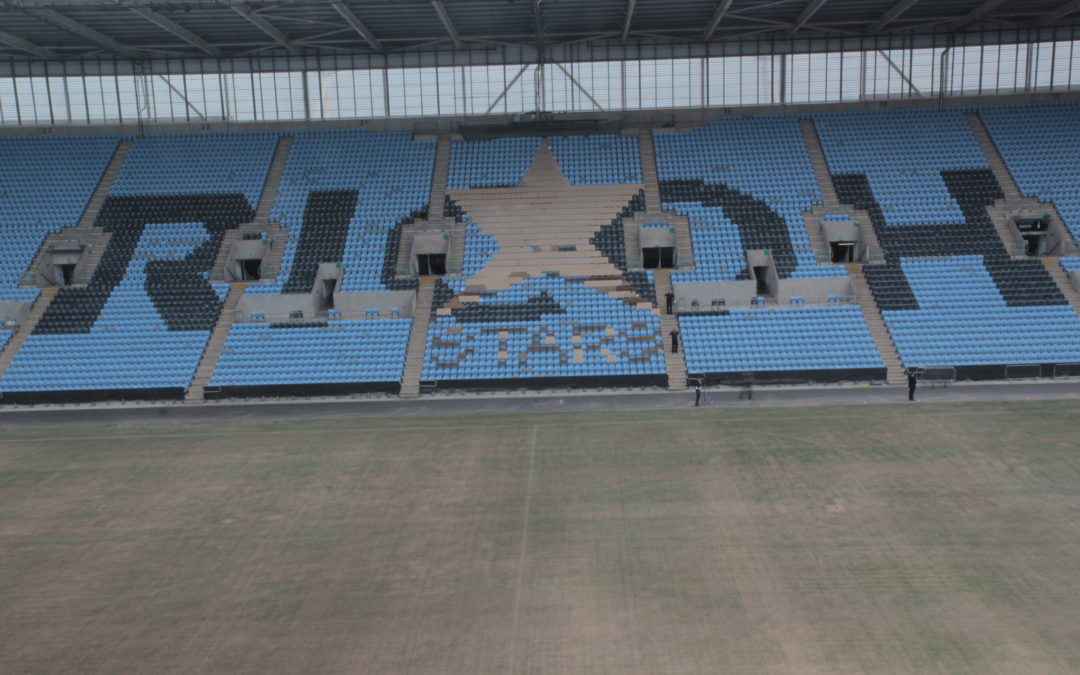 The client was Bluehat Group one of London’s leading boutique event planning companies and a long-term client.

The video was filmed in the Ricoh Arena in the Coventry football stadium.

We were asked to capture time lapses and video of their clients walking into the seats of a football stadium holding up cards to make a larger image. Our video brief was to capture that and show the process coming together.

The filming took place atop a cherry picker and we had a piece of equipment called a Teradek Bolt 300 on the top of the camera. This transmitted the video signal to another Teradek that was a receiver on the ground.

This was plugged into a monitor and that meant that we could get instant client feedback and approval. All of our filming took place on the cherry picker and we also had the Sony FS7 camera which was connected to the Teradek and transmitted data we filmed in 4k.

Then we would have room in post production to crop and stabilise the footage. In addition to the FS7 we had a GoPro filming time lapses as well as another DSLR. The event itself lasted about two hours, but including set up filming took about three hours. The live feedback was used for the person who was orchestrating the image created with the card. This let them make sure everyone was standing in the right place and it allowed instant client feedback.

The End Result
The video will be used on social media as a promotional tool to show that the company is united behind their new corporate identity.