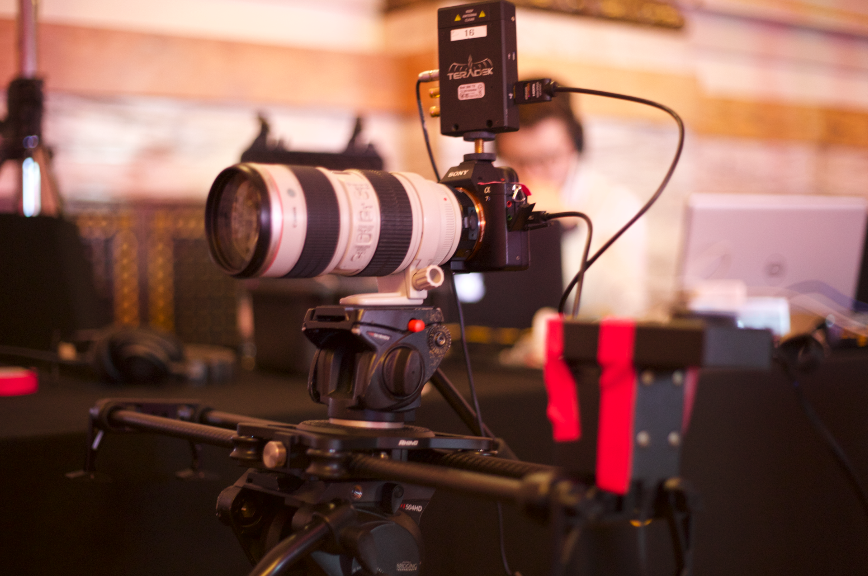 Bold Content was lucky enough to test out the new Rhino Motion Slider last week thanks to our friends at Grip Up. One of our cameramen, Jake Kelsall, worked with the brand-new slider to capture more intriguing footage. Here’s a post-usage interview detailing the experience:

Bold: So, Jake, you’ve just been using the new Rhino Slider. Can you tell us about your experience with it?

Jake: Oh, it’s great fun! It’s so easy to use; the setup is really easy. As long as you’ve got your wits about you as far as your left and right, you just plug in, turn it on and hit ‘play’. So simple to use.

The shots you get look so cinematic; they look so beautiful. It’s nice coming from pushing a slider across with your hands; having to do it a few times to get it right. Now you literally just turn a dial and you have different speeds. The more you turn it, the faster it goes. You get some crazy shots with this.

Bold: So what does the slider comprise of? 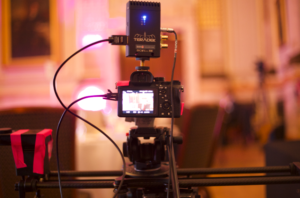 Jake: The usual kind of setup. You’ve got your plate that goes on a tripod head. The tripod is set on two bars, with a motor on one end. The tripod head is attached with an a7S and 200 mm lens on the front, with a Teradeck on top of that, which is transmitting to a live stream back at base. We are then sending that out to the Facebook world.

Bold: That’s all that’s got to be a couple of kilograms, at least, on top of the slider plate; did you have any trouble moving it?

Jake: Surprisingly, it’s really very light! You’ve got to get a good hold to walk round with it, especially as it’s got a v-lock battery taped to the legs as well, which then powers the Terradeck. It looks like it could be a very heavy mechanism, but it is surprisingly light and nimble. I think if you had a heavier camera on there, it could be a bit of a problem, but the fact that we’ve got the A7S 2 on there makes it nice and nimble to use.

Bold: Does that mean that the slider and the motor itself are very light?

Jake: Yeah! It’s all very light. If you didn’t have any cameras on it at all, it’s very, very light. It’s a perfect little mechanism. I think it’s made up of carbon fibre.

Bold: Does that mean it’s ideal for event videos?

Jake: It’s perfect for event videos! As long as you’ve got the time to sit down, set up the shot, and get it right, it makes it excellent to add on to digital tools to make a nice little video. You get some nice little creative shots. Takes it out of the ordinary; changes up the event video spectrum in a nice way.

Bold: When you’re filming an event video, you’ve got to think on your feet. Does this slider enable you to get those fast, quick shots that you need, snatching those moments here and there before people move? 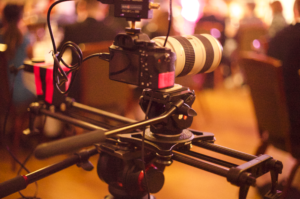 Jake: Not really, actually. This slider is good for pre-established shots; setting it up to capture something like someone getting up to give an award, something stationary where you can get a nice pan going across. You’ve got to think about what you’re doing, the shot you want to capture. It’s not ideal for spontaneity.

Especially when you need to get up and go; there are a lot of high-profile guests here today—politicians and celebrities—but it works really well for capturing those beautiful cinematic moments.

Bold: So would you say that is more of a criticism of sliders in general rather than this particular slider?

Jake: Oh yeah, sliders in general. This slider actually helps with that issue. You haven’t got to worry about how many takes you’re doing, because you know once you’ve set the motor, you’ll get a consistent and smooth shot. You can focus pull at the same time. This is a beneficial thing to have if you want a slider at an event video.

Bold: So one of the things we could say about event videos like tonight is, you might benefit from having a monopod where you can be really quick and move fast, get the shots you need in those moments where people are moving about.  Then during the awards ceremony, where people are sat down and you’ve just got a speaker at a podium. You want to get that depth of field, so you see the people in front of the camera and they are out of focus, and you’re sliding out so you can reveal the speaker, and you know that you can hold that shot for a longer period of time.

Jake: Oh, it’s perfect for that. It’s very useful to change up what you’re getting at an event video, make it a different style that no one is going for right now. Especially as this is brand new, I see it being very useful to that market. I definitely see more stuff like this coming out in the future. The kind of shots that you’d never usually get at an event video—it really does add a huge production value to the work. That kind of quality is really lovely.

Bold: Can you tell us a little bit about this little black box on the side? The motor? 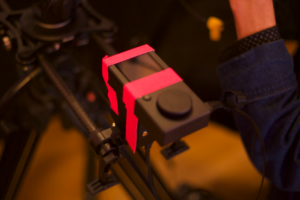 Jake: An ethernet cable is connected to a box that is screwed on to the side of the slider. It doesn’t actually affect the weight distribution, because you’ve got the tripod in the centre of the slider. Because it’s so lightweight, the motor doesn’t affect the balance. That’s then connected to the control, which has a big round button on it and a screen. You can set it to different modes—time lapse, where it will move in increments over time, and I had it set to a free-run mode. I twiddled with it every now and then, which would dictate how fast the slider would move. There are also speed modes on it; you can change it up and down, go fast and then slow, you can do some different contra-zoom things. If you have a focus puller with it you can achieve some great detail with it.

Bold: How easy is it to set a constant speed? Did you find it to be smooth?

Jake: Literally, a quick little switch of the dial and you’re at a constant speed. It’s very easy to set that speed. Once you have a play around for a few minutes you get the gist of how it works. A little touch and you’re ready to go. It’s very nice to work with, very easy to use. Setting the speed is so simple. It’s an amazing piece of kit; I’d definitely invest in one.

Bold: Is it easy to take off the motorized mode to get into the free movement mode so you can get those fast slide shots if you need to?

Jake: Yes, so basically there are only two buttons and that is the dial, which you press to select options, and a ‘back’ button which doubles as a power button. Very simple. Three options total. Each time you go in and out of those modes it calibrates the slider. It even knows when to stop so that it doesn’t slam into the end of the slider. If you have it at a good speed, it will come to a very natural stop.

Bold: So you’re saying that the motor knows when it’s getting to the end of the slider? It has an automatic smooth stop?

Jake: Yeah! I gave it a good old test run earlier today, we had it at top speed and it would stop at the end of the tripod, but at a nice normal speed; it worked really well. It can come to a nice natural stop; you won’t have any worries about it going backwards and forwards. Great design; really beneficial when you are in a live event setting where you need to have that control.

Overall, Bold had a great experience using the new Rhino Motion slider. GripUp is a London-based filmmaking equipment store run by fellow filmmakers. They were established under the goal to provide a service that puts advice and support before making a sale. Their knowledge of film equipment comes from experience, not just the showroom. 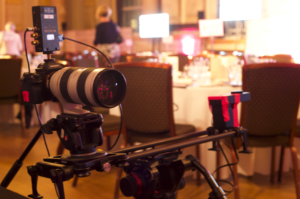