How to get your short film funded? 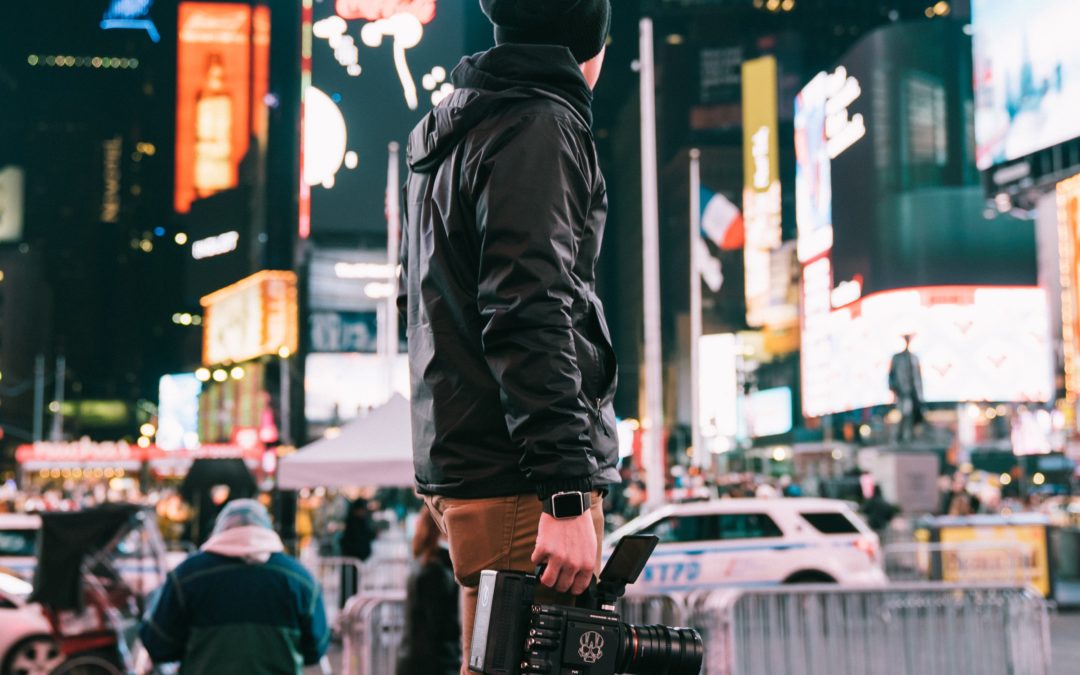 At Bold Content one of our company goals is to support talented filmmakers. Sometimes that comes in the form of providing them an opportunity to work on real client projects, other times it can mean helping them to get passion projects off the ground. But we realise that funding is often a stumbling block for emerging talent.

In an ideal world, you would make a film, and once it is produced people are queuing up to buy the licensing costs to distribute it onto diverse platforms and exhibit it in numerous theatres. Unfortunately, the bare truth is that, especially for independent or emerging filmmakers, these parties won’t be queuing up. On the contrary, often these filmmakers need to get those parties on board before the actual production of the film has started, in order to gather enough funding to make its creation happen. A struggle which all emerging filmmakers have faced or still face and, therefore, the following article will cover ‘how to get your short film funded?’

Fortunately, the British government is relatively generous in supporting the films industry. There are many different sources of funding, ranging from non-profit organisations to private production companies (like ours) that are willing to help emerging filmmakers with getting their film off the ground. Below is a small selection of these sources, which will point filmmakers, who are in need of funding, into the right direction and give them a head-start on their short film financing research.

Bankside Films
Bankside Films is London-based international sales and film finance company offering independent films, no matter their genre or budget, financial and distribution support for international theatrical release. The size of the fund depends on the scope of the project and the creative idea. To submit your idea, contact Bankside Films using the following link: https://www.bankside-films.com/contacts

The British Film Industry
The BFI runs the largest public film fund in the UK and, therefore are the biggest financial supporters of UK independent film. They invest over £26 million in the development, production and distribution of films. Amongst their diverse funds, they offer the ‘Short Film funding programme’ in collaboration with BFI NETWORK, which provides funding to fiction shorts and advice on finding screening opportunities, potential collaborators, festival strategies and other means of industry exposure. They even helped to fund our short film Drug Runner. Eligible films should not exceed 15 minutes and can be provided with a maximum of £15,000 of funding. To apply for this fund sign in using the link below: https://www.grantrequest.co.uk/Login.aspx?ReturnUrl=%2fapplication.aspx%3fSA%3dSNA%26FID%3d35195%26sid%3d106&SA=SNA&FID=35195&sid=106

Creative England
Another big player is Creative England, which offers creative projects diverse funding and distribution support for projects of any size from shorts and features to high-end TV programmes. One of the funds that they offer is called the shortFLIX and nurtures emerging filmmakers via training, mentoring and script development support. For this fund, and many others, you can apply via the following link: https://applications.creativeengland.co.uk/

Doc Society
Doc Society is a non-profit organisation which works together with other funding agencies to offer different kind of funds enabling the creation of feature documentaries and shorts and connecting those to a global audience. Unfortunately, the application deadlines for all their funds have closed for 2020 but closely monitor the following website; https://docsociety.org/funds/ to be updated on the presentation of any new funds soon.

Film London
Film London supports the creation of both feature and short independent films by offering substantial grants and training, allowing young filmmakers to get hands-on experience and get their craft noticed. To keep informed about the different funds that they offer visit their website: http://filmlondon.org.uk/funding

Liverpool Film Office
No matter your origin or location of your company, if you are planning to film in the region of Liverpool, you are eligible to apply for the Liverpool City Region Production Fund. It can fund up to 20% of the production budget with a maximum of £500,000 per production. International co-productions with Liverpool-based producers are encouraged. To apply or find the detailed guidelines on this fund visit the following website: http://www.liverpoolfilmoffice.tv/production-fund/

There are several smaller film funding organisation such as Film Cymru Wales, Welsh Government Media Investment Budget, West Midland Production Fund, Northern Ireland Screen, Screen Scotland and Yorkshire Content Fund which offer support to regional creatives. However, it is worth to visit their website if you are planning to film in one of those areas.

John Brabourne Awards
If you already have a showreel but face obstacles to success, you can join ‘The John Brabourne Awards’ which offers financial funds up to £5,000 to UK-based filmmakers. The award is presented several times a year with the next round of qualifications starting in May. To see whether you are eligible for qualification go to: https://filmtvcharity.org.uk/we-can-help/financial-support/john-brabourne-awards/guidelines/

Genera Quarters
Another award-based film funding agency is the ‘Genera Quarters’. Unlike the John Brabourne Awards you don’t need to apply with an existing production. A script and a budget breakdown of your short film will suffice. The award is presented every quarter but opens for application 365 days a year. Apart from receiving £5,000 when winning the award, every applicant receives deals and discounts from Genera’s growing number of partners to other competitions or film festivals all over the globe. The only downside is that you need to pay an admission fee. Due to current circumstances, Genera Quarters offers to showcase ready-to-go short films on the Made at Home platform www.mah.studio for free. To submit your short film or find out more about the award visit their website: https://www.generafilms.com/en/

Crowdfunding
When traditional commissioning might not be possible, you can also fund your short film using crowdfunding sites such as IndieGogo and KickStarter. IndieGogo and KickStarter are known from success stories like ‘The Veronica Mars Movie Project’ which raised over £4 million. However, not every project is guaranteed to be fruitful. Many filmmakers have been able to create their short film due to a perfectly designed crowdfunding campaign but this takes time. Crowdfunding requires a lot of research to specify your target, solidify your pitch and completely breakdown your budget, which is time-consuming. Another downside is that the money raised is not eligible to tax breaks and many investors often want something in return. The latter can range from a ticket to a screening to exclusive access to a string of private content depending on the size of their investment. To find out more about how to set up a crowdfunding campaign visit the websites of IndieGogo and Kickstarter.

As evidenced above, there are a lot of different and diverse ways of funding your short film but before applying we advise you to look into them in a bit more detail and do some proper research to prevent any unpleasant surprises after its completion. Finally, don’t forget to create a solid funding proposal and update your reel! Good luck!