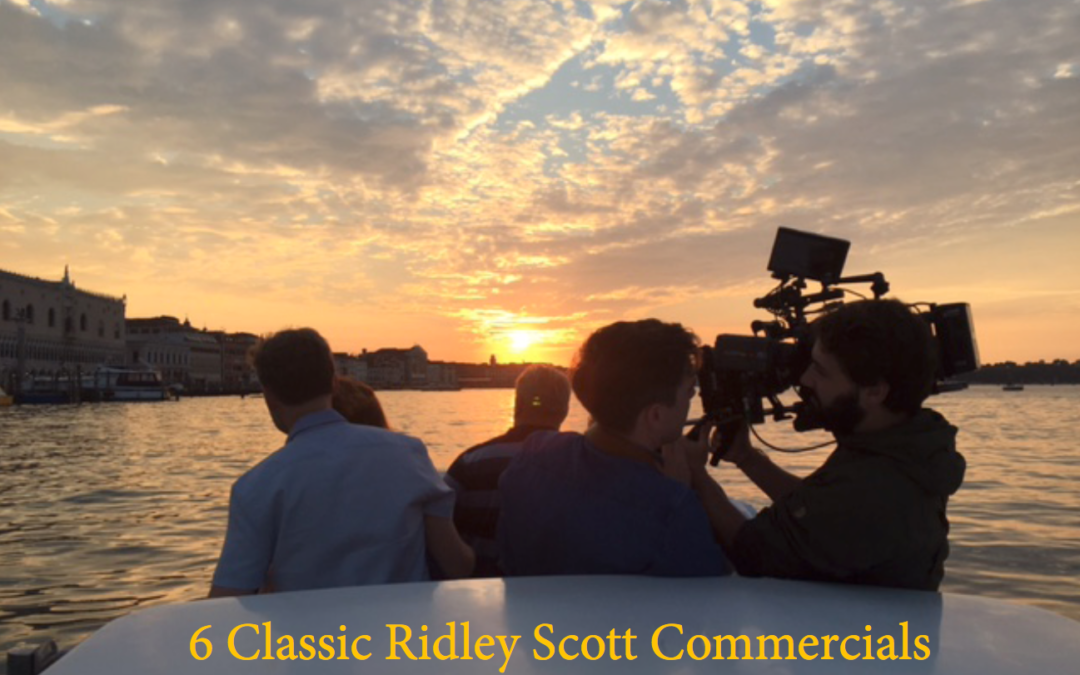 “I was always amazed about how much I could finally squeeze into a thirty second commercial.”

When Ridley Scott directed Aliens in 1979, he was already 42 years old. For the previous eleven years, he had enjoyed a highly successful career as commercial director. Scott is almost certainly most famous as an ad man for his “1984” Apple Macintosh advertisement. The atmospheric, cinematic quality of this commercial was a harbinger of Scott’s later films. We have compiled a list of Ridley Scott’s most memorable commercial videos he made before he moved into feature-length films.

Chanel No. 5 Shares the Fantasy

This thirty-second advertisement shows a woman basking poolside, as the shadow of a plane passes overhead. A tall and handsome man then appears, diving into the water from the other end of the pool, then swims towards the woman, before disappearing. This is followed by John Huston saying “Share the Fantasy”. The advertisement cleverly gives a sense of sensuality without being explicit.

In 1973, Hovis produced what became one of the all-time classic TV adverts, a delivery boy freewheeling down a cobbled northern hill. In fact, the ad was shot on Gold Hill of Shaftesbury, Dorset. This commercial was shot just before Scott would go on to direct Bladerunner, Alien, Thelma & Louise, and Gladiator.

Scott’s “1984” Apple Macintosh advertisement is considered a “watershed event” in advertising and a “masterpiece”. The video, which had a $900,000 budget, was screened during Super Bowl XVIII. The video is based on the George Orwell novel of the same name, portraying the arrival of the Macintosh (embodied by a female heroine) who saves humanity from Big Brother.

This was a commercial that only aired ONE time before it was pulled off the air, because the higher-ups at Nissan thought it promoted “street racing”. This commercial aired during the 1990 Super Bowl.

This 60-second commercial was commissioned by W.R. Grace executive J. Peter Grace. This advertisement was aimed at what was viewed as out-of-control deficit spending during the Reagen administration.

Pepsi: The Choice of a New Generation

There you have it, 6 of Ridley Scott’s classics. You can see hints of his future auteur signatures–the use of saturated colour, post-modernism themes, and dramatic dialogue. It’s interesting to go back and see where the film director came from, and it proves that no video is too short for a talented filmmaker to take on.