Lovin’ Life With The Jive Aces: The Making Of The Music Video 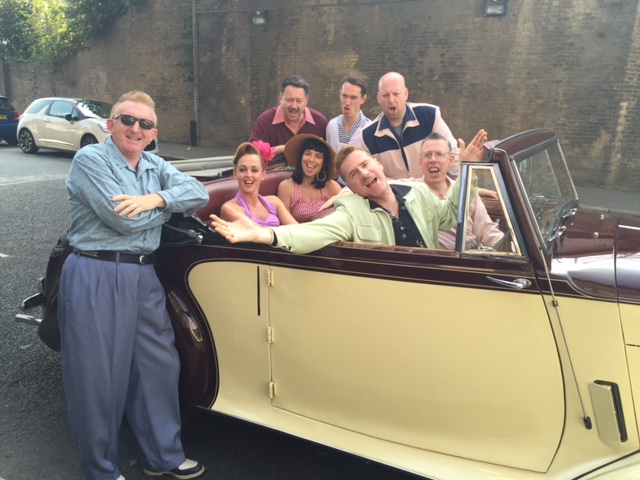 The Jive Aces are one of the UK’s most popular jive and swing bands. Their music is upbeat, high-energy and more than a little infectious. For their latest music video “Lovin’ Life” they wanted a concept which would capture the optimistic, sunny tone of the song. Our in-house director Keith Tedesco pitched the Jive Aces an idea that they loved, and the rest is as they say history.

I asked Keith to explain a little more about how he came up with the concept for “Lovin’ Life” and how it was filmed:

The idea was one that I’d had in my head for quite some time. On a previous visit to London I came across a real character on the streets of East London. Happily roller skating around he was engaging with the people he meet on the streets – which included me. The guy’s fun and open way of living his life seemed perfectly suited for the “Lovin’ Life” video.

“Lovin’ Life” was shot on the streets of Islington and Shoreditch. For the first day of filming we rented a rickshaw from a guy named Jimmy who was fantastic to work with. We placed our lead camera-person Hugo in the back of the rickshaw where he operated the Movi M5, while I operated the Canon C300.

This allowed us to get moving cutaways of the super talented star of the video Emma-Katie Adcock. Emma was able to dance and skate towards the rickshaw. Working with Emma was great because she is naturally upbeat, so well suited to our heroine who spreads joy to the people she meets on the street.

On the second day we were filming in Hackney Wick where we filmed the Jives Aces performing. We aimed to capture individual shots of each of the band members performing. This included the two main singers and the two dancers. We also got some great shots of a very cool 1950’s Bentley that the band drove around in.

Check out the finished video “Lovin’ Life” below: