Twitter is introducing guaranteed ad buys for certain advertisers. The new video ad product is a move towards offering a product which more closely matches TV advertising. This could prove popular for advertisers looking to target millennials & generation Z, who are shifting away from traditional linear television but with similar guarantees to television advertising.

Twitter is working with Dentsu Aegis Network to develop the product. Dentsu Aegis Network is a UK media and marketing communications company which is a subsidiary of the Japanese advertising giant. While Twitter has not publicly stated exactly how the ads will work, it appears that they guarantee that the video ads will be seen by certain consumers. To achieve this the pre-roll ads will run before premium content on the social network.

Accountability has been a major issue for social video. One of the major areas of the dispute has been the way that views are measured on social networks. In a move to provide independent verification measurement 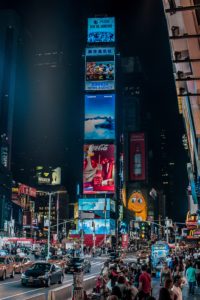 for the guaranteed Twitter pre-roll ads will meet standards set by the Media Ratings Council. This will then be confirmed by independent third party measurement companies like Integral Ad Science. It’s estimated that the running the guaranteed campaigns will cost advertisers in the low size figures range.

Another unique feature of the Twitter video ads is that is allowing advertisers to select which content that their ads will run in front of. This is something that Facebook does not currently offer.

Competition for market share in the world of social video advertising has become increasingly aggressive. Facebook and YouTube are the largest players in this market, with newer entrants like Instagram and Snapchat also offering their own video ad product. Offering guarantees and greater transparency is a way for Twitter to distinguish itself in this competitive environment.