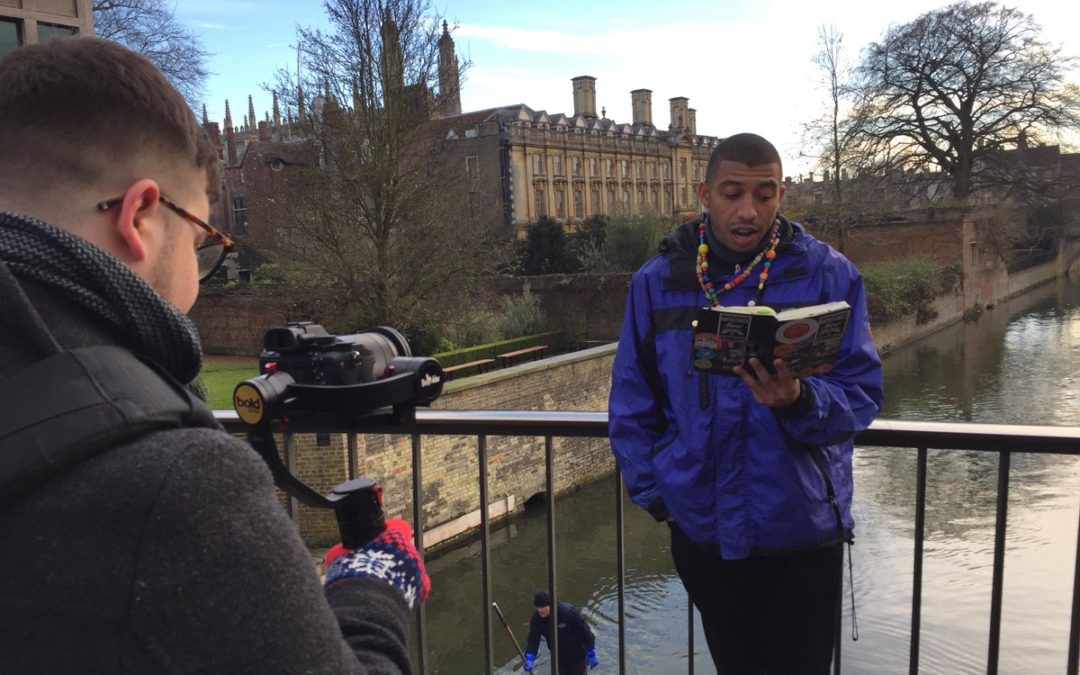 One of our favourite types of projects is to collaborate with charities. We are very lucky to have wrapped up another project with CALM, or the Campaign Against Living Miserably, and the artist Inja.

If you’ve never listened to any of Inja’s music, you can check it out here, and we

strongly recommend that you do so. Inja is an acronym, and to find out what it stands for, you can watch the interview at the end of the this article. (Or skip down and come back for the reading, if you wish!) Needless to say, Inja is a hugely versatile, underground musician. He creates music through a variety of genres, including spoken word poetry. He composes and creates art on topics he deems important. His previous topics include immigration, women’s rights, and racism. He has now extended his artisty to include the topic of mental health.

We shot the below spoken word video with Inja in his hometown of Cambridge last December. We thought Cambridge would be a fitting location for this shoot, as Inja’s message is very personal to him. Filming on the street, where the viewer can see pedestrians in the background, also matched the content of Inja’s message. The poem reflects on how you can warm up the world with a smile, and during the cold winter months, especially after Christmas, it’s important to spread love and tolerance for humankind. 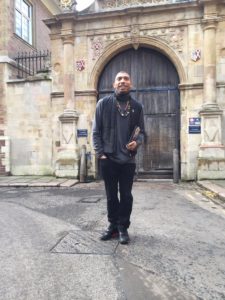 For production, we used a small camera crew so as not to disturb the public streets too much. We used a Sony A7sII camera, which was both portable and able to film high-res footage in an outdoor setting. As we knew would be moving throughout the filming, our camera person used a Beholder DS1 handheld gimbal. The gimbal is essentially simplified, one-person piece of equipment meant to mimic the effects of a dolly.

For content, we began with a simple interview with Inja. He tells the viewer a little about himself, his name, and why he chose to speak on the topic he did. Our intention was for this introduction to add an extra layer of meaning to the video. We then moved on to filming the actual pieces. This first video we set along a central road in Cambridge. We had an excellent backdrop of a cathedral, and then a beautiful little street with cobbled buildings. You can watch the video here:

We partnered with CALM to help us spread the message of Inja’s poem. We have partnered with them before on the #BestManProject–you can check that out here. It’s another mental health project that is worth a watch.

We will be releasing another video with Inja soon.