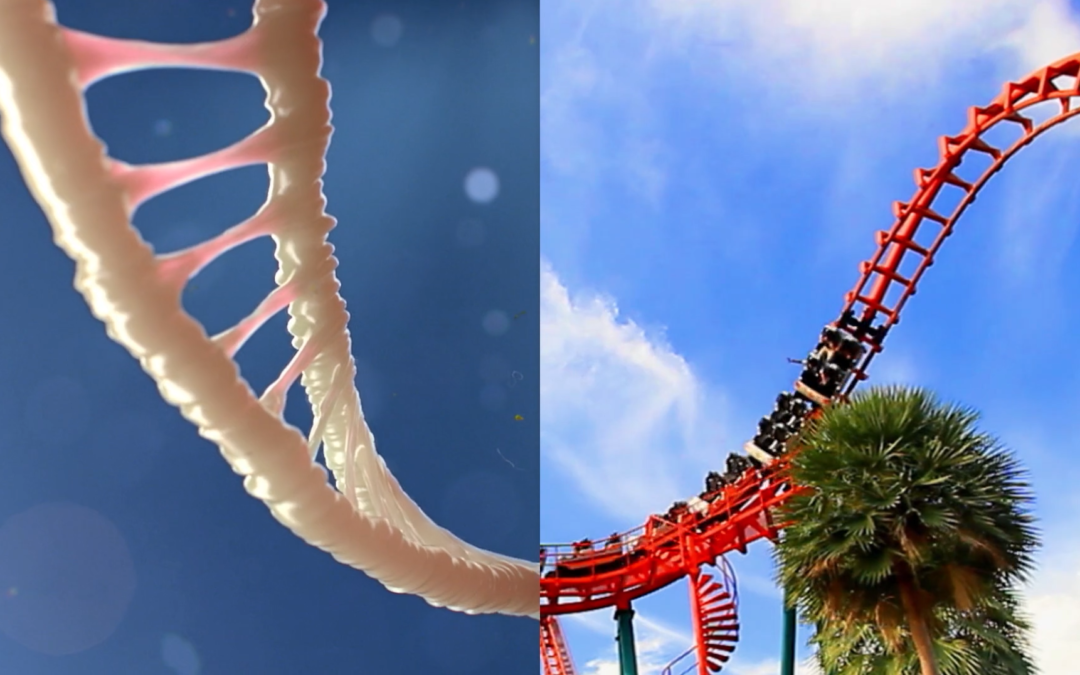 There is a common misconception about stock footage, which revolves around the idea that it’s only used for adding context to “old stuff”. Often mistaken for archive footage, it is often associated with historical documentaries–displaying things that can’t be seen nowadays, or giving a visual to history.

However, when used well, stock footage can add artistry and creativity to any digital work. There are a variety of types that can be used–archive footage, file footage, and library images, to name a few. As mentioned above, archive footage is typically older, and can offer a glimpse into years past. File footage is video that is filmed with the intention of being re-used. This can be as simple as someone answering a telephone, or a time lapse of the stars. Then, of course, you have library images, which are any photos that you can obtain the rights to and use in your video.

Here is a collection of videos that effectively (and ingeniously) used stock footage to drive home their message. The powerful visuals were used in a variety of different ways, and each impacted the video to a specific purpose.

This is a video that we made to celebrate not only the new model of a car, but the rich history behind it, as well. Archive footage is used to show the heritage the Renault Alpine has, where it comes from, and the beauty of history repeating itself. The editing technique emphasizes this relationship by matching cuts with similar motions between the Alpine from the 70’s and a sleek new model of present-day. The use of stock footage and editing technique creates a video that isn’t just about a car, but the story behind the car.

Colt is another video we created that utilizes stock footage, but in this case, the footage has an altogether different purpose. Rather than using archive footage, we used sophisticated, modern file footage. That footage is meant to demonstrate the corporate and reliable nature behind Colt. Animation is overlayed to demonstrate the intangible and complex ideas our client wanted to communicate. By showing the animation between the skyscrapers, it helps show that COLT can offer a solution that helps with inter-company network infrastructure. These two techniques (file footage and animation) help channel a topic that could have been dull and complicated, but instead is conveyed in a visually-pleasing, easy-to-digest manner.

LHH is a fantastic example of how we took a client’s brief and footage preferences to create a video entirely in post-production. It’s also a very good video to show that stock footage is much more than archive-footage. We used a file-footage library to find the visuals that matched the preferred footage, and also convey the message behind the visual. In this manner, we were able to creatively edit together a video, along with text insertions and lower thirds, that told the story of LHH.

Ferrari: Under the Skin

This video used a mixed-media approach with their stock footage, combining both video and images. The text overlay and intermittent overlays of colour made what could have been a boring video about the history of a car interesting. The editing technique has also drops some pop-culture references. The modern footage is cut to mimic the style of stock footage came from. Take a look at 0:13–the squares are reminiscent of Andy Warhol’s Campbell’s Soup Cans from the 60’s, the same time period some of the archive footage was filmed.

Split screen editing is a technique that has been developed almost since the start of film production. Juxtaposing two images (like, or unlike) isn’t a new technique by any means, but the way this footage is matched is both fun and visually satisfying.

This is another instance of how stock footage can be used poke fun and leave “easter eggs” of pop-culture. The frying pan at 1:47 is reminiscent of Hannibal Lecter in The Silence of the Lambs. Matching up the images perfectly to create a mash-up of both like and unlike images is ingenious.

This music video is a really fun example of how two images can be combined to create something wonderful. Each image is matched and colour-graded perfectly to make the visuals look like they were actually filmed that way. The variety of images used would have made filming this video from scratch impractical–it would have been incredibly time-consuming and expensive. By filming new footage of the band and using stock footage for everything else, what could have been a multi-year project was likely completed in a manner of weeks.

There you have it, some powerful examples of stock footage in-action. An arguably under-utilized technique in video creation, stock footage can be used to create some fantastic videos.