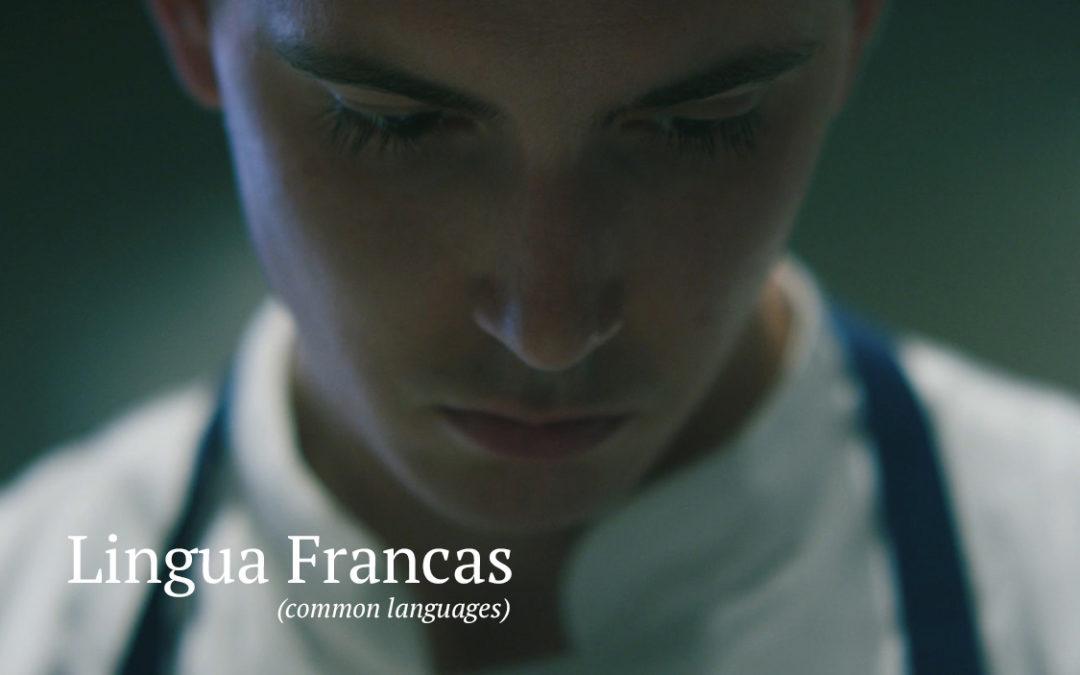 “What we lose when we devalue the cultural importance of culinary tradition is what it means to be a person from this area, at this time.”

Even in today’s world of oversaturated media, it’s rare to find a truly thought-provoking piece of film. We recently found this in documentary Lingua Francas. While beautifully shot “food docs” are no longer a novelty, this documentary from director Bret Hoy takes the concept many steps further. He combines the traditional food documentary with a social analysis of two completely (seemingly) unrelated cities: Springfield, Missouri, USA, and Copenhagen, Denmark. 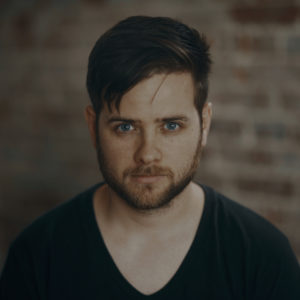 The documentary outlines the journey of a chef who strives to find a common language with his patrons–in both a literal and a culinary sense. Identity is an underlying theme throughout Lingua Francas, and how important culinary tradition is to our identity, regardless of where you are from. Read on to hear from Bret Hoy (right) where this story came from, and how it evolved into an award-winning short.

BC: Probably the most common question you’re asked regarding the film: How did you come up with the title?

Bret: Lingua Franca is a term that essentially means, “common language.” Historically speaking, it was a sort of a linguistic grabbag that sailors and merchants used to communicate with each other in foreign ports… the film itself is as much about language as it is about food–maybe not always about spoken language, but it is about language. Even beyond that, it’s about creating a mutual understanding or a common language, so I felt it was relevant, and considering Denmark and Copenhagen were a massive centre for trade in Old World Europe, I felt it was apropos for the the locale as well.

BC: How did you find Daniel Ernce? What made him interesting enough to you that you wanted to tell a story about him/have him lead this journey?

Bret: Daniel is actually a very accomplished writer as well as a chef and, one day, he wrote a Facebook status about the isolation of working in a kitchen where you’re unable to understand the language, yet you’re there for twelve or thirteen hours a day. He told this story in a way that really connected with me–via a Facebook status, hah–and it got me to see this story through a different lens.

It’s not about the food. It’s about the effort it takes to convince the outside world that it’s worthwhile and, to do that, you have to establish a common dialogue with your guests. That experience, of being a chef in a place where people don’t understand your cuisine juxtaposed with the experience of a literal language barrier in a kitchen felt interesting.

BC: What was your goal with this documentary? Do you feel you accomplished it?

On a technical level, I think the film is well-made and I’m proud of it, but I do wish we were able to capture more “in the moment.” But that’s the nature of documentary work. You take what you’re given and you sculpt something out of it.

BC: Was this completely self-shot? What other crew was involved?

Bret: The vast majority of the film was shot by David Pitt and myself. I am not a fan of drone video, so I hired a helicopter crew to shoot video in Copenhagen and I hired Locke and Stache out of Springfield to shoot drone video there. They have a ridiculously high-quality drone so it appeased my drone frustration. The rest was shot by us.

BC: Did you have an idea the overhead shots of Copenhagen and Springfield would look so similar prior to filming?

Bret: The helicopter and drone work that we did was really important for me, not because I wanted to show where we were at, but because I wanted to set the scope of the project. I wanted to have a birdseye view of both cities because I wanted to hold them up to each other. In Copenhagen, we’re much more focused on what it takes to create that elevated dining experience and that language barrier, and then we hold it up next to the struggles described in Springfield and again, that language barrier. The point here is to hold both cities up as a dichotomy, but also show them in a similar style so that we can highlight their differences and their similarities.

BC: Any funny stories about filming in a foreign country?

Bret: My cinematographer David Pitt is 100% straight edge, but he went out with a designer from Nike and partied and drank Apple Juice all night.

BC: I appreciated that you got local opinions on the food culture in the Midwest–dining out is definitely our entertainment. Why did you decide to point that out?

Bret: I felt it was important to highlight dining culture in Springfield because I wanted to say that these are people who understand the value of food in their everyday lives, but that experience has been co-opted by large brands. Lingua Francas was all about highlighting a way forward, without being overly critical of Springfield and the people who live there (who I respect, a lot).

BC: I found this quest to create dishes that people can relate to absolutely wonderful. There’s a bit where nostalgic childhood memories is mentioned, and I thought of my grandma’s spaghetti–I am always going to connect that food with her.

Bret: That’s really what it’s all about. We take food for granted in this country because we’re obsessed with convenience and timing. But when we take a step back, we remember that food is one of the most important details of the biggest moments of our lives, and taste and scent are some of the most powerful senses in triggering memory. What we lose when we devalue the cultural importance of culinary tradition is what it means to be a person from this area, at this time.

BC: Who was your composer? What was the process to finding a soundtrack that you felt matched?

Bret: The composer for the film was the ludicrously talented Tyler Durham. This is the first time I worked with him, and I gave him quite a bit of freedom, but what I did do was send him a whole host of thematic detail, information on sort of tonal shifts in the story, and a lot of musical inspiration. I’m an obsessed Philip Glass fan, so a lot of my direction came from that.

BC: What was the edit like? Did you edit the film yourself? If so, what was that process like, being a self-editing director?

Bret: I did edit the film myself. I think it’s valuable to edit your own films sometimes, especially when you’re on a deadline. However, you do wonder about the different versions of the film you left behind because you directed and edited it. For me, a lot of it comes down to trust. It’s hard to find an editor that you’re totally sold on that you know will take a project from beginning to end and who’ll jive with you thematically.

In future, I’d always recommend an editor, but as a director, you’ll get to know yourself really well at 2am when you’re figuring out story beats. There’s some value in that.

BC: What has been the reaction of people from Springfield to this film?

Bret: Generally reactions have been really positive. I think people really respond to a documentary that doesn’t just rail on all of the bad elements of Springfield. We tried to be really realistic and objective and actually provide a way forward.

At a festival screening one woman approached me and said, “That really makes me want to visit Springfield.”

Lingua Francas is currently in the festival circuit. It has won the Best Cinematography award at the St. Louis Filmmaker’s Showcase, and has been officially selected for the 18th Annual Kansas International Film Festival.