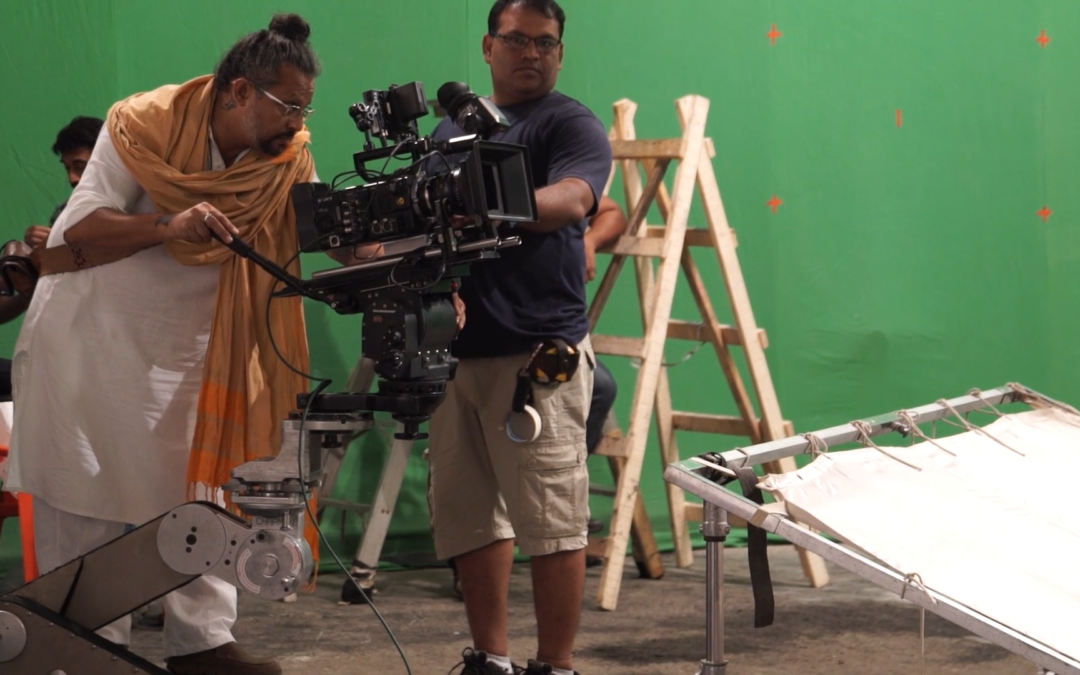 In today’s day and age, it is vital that we know how to make the most out of every opportunity.

This applies to video production, as well. When you are making any video, whether it’s for yourself or for a client, having a supplementary behind-the-scenes video can be incredibly beneficial. You can use it as additional content for consumers to watch if they enjoyed the primary video. It can be a nice “add-on” to offer to a client. It can help you win you next project, by being able to show the work that goes into any video project.

Bts videos come in all shapes and sizes. Just like “normal” videos, there are numerous different styles. How will you know what kind will work best for you? We will discuss some examples and their unique selling points to help you get a better idea of how you can make the most out of your shoot!

Behind-the-scenes videos can be very useful and interesting, especially when a special guest is featured in your video. In this example, the unique selling point of this behind-the-scenes video is showing what it is like to work with a member of the royal family. We recently wrapped up a video series with one of our charity partners, CALM, or the Campaign Against Living Miserably.

You can watch these videos here–one of them even features the Duke of Cambridge, Prince William!

Besides the classic elements of detailing the kit which was used and explaining the production process, this video offers insight into special preparations and aspects to be considered when working with royalty. This can turn a simple BTS video into an explanatory video for people who are about to be in a similar working environment. This particular video could organically generate traffic to that business’s website or online platform for this reason, outside of people watching it, because they had already seen the #BestManProject videos. Achieving this means bringing attention to the project through the BTS video, instead of the other way around–where the main video creates interest for the BTS.

Tip: Assess the image capital and special traits of the people in your video. This can make your behind-the-scenes video unique, interesting to watch, and relevant for people outside your main video’s reach.

The world of VFX will forever fascinate the viewer. How did they manage to do that? How did they make it look that way? How did they film it? All of these are questions that could pop up when watching a combination of live-action and CGI. All of these are recurrent questions which pop up in the mind of your viewer when they watch an animated video. A very simple way in which you can make more out of your animated video shoot is to have a behind-the-scenes video made at the same time.

The behind-the-scenes video should capture the “real” environment in which key shots from your video have been filmed. In the Mimadamos behind-the-scenes video, for example, we can see how they animated the snake around the main character. For someone in the industry, this might come as no surprise and may not present much interest. But for a regular viewer ‘getting in’ on these production secrets can be absolutely fascinating. In this case, your unique selling point is letting your viewer be a part of the set–green screens, ropes, and people who work together to make the final illusion happen.

Tip: Always think about what the viewer might find interesting to watch! Your target viewer has little to no contact with this environment, so make use of that in deciding what to show in your behind-the-scenes video.

Behind-the-scenes videos are also a great way of showing how simple ideas can shape up to become an amazing video. Every video starts with a scribbled storyboard, which later on takes shape and transforms into the final product. There are many changes which happen along the way–more often than not, the starting point of the idea is not identical to the final deliverable. Making a side by side comparison of the two available to your viewers can help familiarise them with your content and business.

Showing this process and putting emphasis on how the initial on-paper idea has changed in order to make it work on video can be a very interesting selling point for your target audience. Generally speaking, the goal of every video is to sell a particular emotion, which, later on, gets linked to the advertised product or service. This helps you add the factor of engagement more easily to your behind-the-scenes video, and it also makes the viewer feel involved with the process. Emotion is easier to remember than any piece of information.

Tip: The development of the idea behind your video is a brilliant way of engaging your audience. By making the process available to them, you create an environment in which the viewers feel emotionally invested in your video.

Behind-the-scenes videos are also very handy when it comes to showing just how big a production is. At the end of the day, the viewer only sees what is in frame–which is only what you want shown on camera. The truth is, behind every carefully thought-out shot is a very large team which is continuously working and developing the concept: working with the environment in which the filming takes place and handling every problem or hurdle which may come up both on and off set.

In addition to your primary video, you can use a behind-the-scenes video to emphasise how large the production of your video is. From camera crew, director and equipment used, to extras and main actors, this can put into perspective the complexity of your main video. As seen in the Adecco Brand Video example, you can use this type of video to show the work and planning which stands behind producing a video. This can be very helpful when your primary video is betting on emotion and viewer engagement. The more information your viewer has, the easier it becomes for them to build a connection to your video and, in turn, have better recollection of your message and brand.

Tip: Make sure to always show how many people are involved in your video’s production. The bigger the production process appears, the more credibility it will have in the eyes of the public!

This is a perfect example of a classic behind-the-scenes video! Lighthearted, entertaining to watch, and fast-paced, it shows sequences of what it was like filming certain shots, locations, and moments from your main video. This type of behind-the-scenes video approach works best when the imagery in your video is very beautiful in itself. This was a brand video which we created for Trafalgar Travel, and we shot in highly picturesque locations–USA and Hawaii.

When the photography of your main video is spectacular enough that it elicits a reaction from your viewer, it is worth showing which techniques you have used in order to obtain those particular shots. Behind-the-scenes videos are a great way of simply explaining and showing how you managed to produce your main video. Visuals are a very powerful trigger for memory and you can take full advantage of this by emphasising what obtain those striking images entailed.

Tip: This behind-the-scenes approach works best when you film in outstanding locations. Make sure that your venue has enough of a visual impact to justify detailing on the production process!