Film-Induced Tourism: Who Benefits from it? 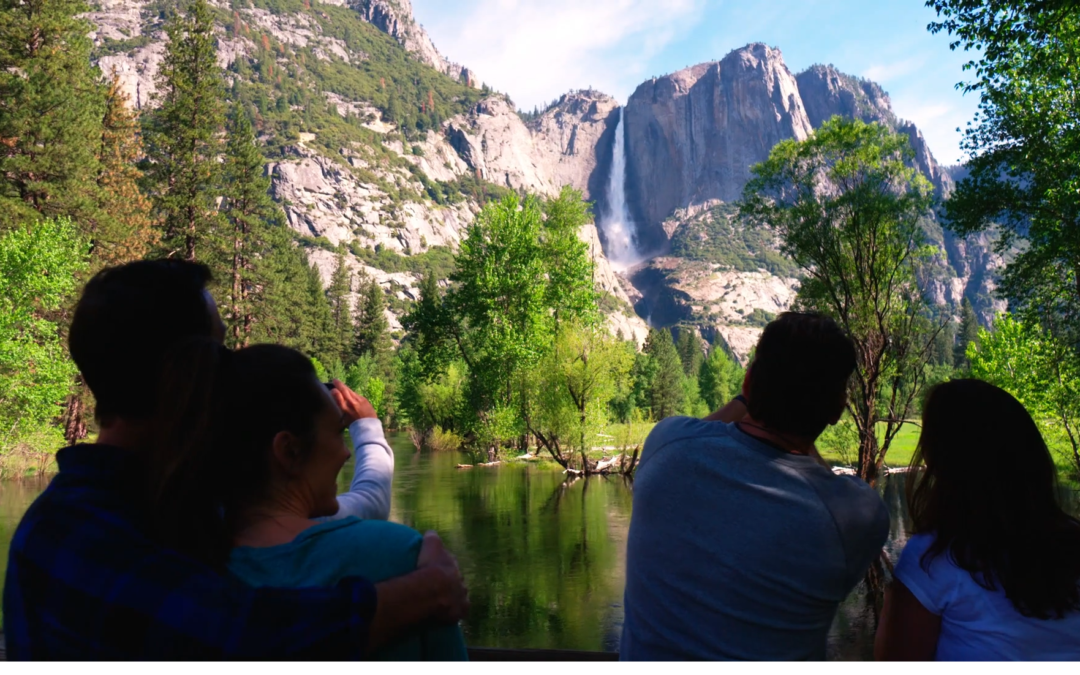 Film-induced tourism is like Generation Z: independent and digitized – a product of the 21st century. Before the change of the millennium, the tourism industry was doing all right. Then 2001 came along and The Lord of the Rings happened. The number of visitors in New Zealand exploded, revenues from tourism shot up to the moon, and the country founded a tourism board. What happened there? People were suddenly packing their bags and buying plane tickets to the other side of the world to see The Shire – a place that previously only existed in books and imagination.

Why is it this happened in the manner it did? Think product placement – The Lord of the Rings was one giant “hidden commercial” for New Zealand. The country’s ultimate marketing plan.

Who, exactly, benefits from this phenomenon? As the name already reveals, there are at least two parties involved: the film and the tourism industry. However, there are other stakeholders that may be less intuitive than you think.

Marketing your destination – making your audience experience the atmosphere and build an emotional connection – can be tricky, especially without directly advertising it.  An effective solution is to take advantage of the film industry. Featuring a location in a film or TV show helps to promote destinations in a natural setting – therefore, less “in your face” – without the issue of limited screen time.

No matter if your destination has breathtaking landscapes or an epic skyline, there is no way it can be portrayed more beautifully than in a film or a series. The viewer will get to experience the setting in different angles, perspectives, at different times of the day and year – and from a cinematic point of view.

The key aspect is that the audiences will establish an emotional connection –  through the narrative and characters – with the setting. Consequently, next time they decide where to go on travels, they are more likely to choose a place that they feel connected to.

Bonus: A location featured in a film or a series stands out from the competition. For example, what is Bangkok known for? Rooftop bars. How many rooftop bars are in Bangkok? Too many. Which is the one that every tourist coming to Bangkok knows? The one where Hangover II was filmed – Sky Bar. Ergo, it serves as the perfect USP.

It’s over, what now?

The shoot is over, the film set is removed, the crew moved on, the distributors are done with their job, and the movie has been released – what now?

People travelling to destinations which were portrayed in movies often look for reconnection. The previously-established emotional connection needs to be lived out. Knowing that people are looking for the cinematic experience, local companies and entrepreneurs don’t fail in finding creative ways to add value to this experience. Film-induced tourism offers many opportunities for product development for any target audience: tours, exhibitions, merchandise – you name it.

For instance, the Bali Bible – a tour company in Bali, Indonesia – recently launched a new tour through the filming locations of the iconic movie Eat Pray Love. It does not matter that the movie was released almost a decade ago!

Another example of the impact of video production on tourism development is Hawaii. The Hawaiian Jeep Tour company offers an 8-hour movie tour that includes trips to locations featured in Lost and Hawaii Five-0 – both Hawaii-based productions.

The Maltese Islands have hosted a number of high-end productions, being featured in Gladiator, Troy, Game of Thrones, Assassin’s Creed – to name a few. The close cooperation between the country’s Tourism Board and Malta’s Film Commission is exemplary. However, there is still room for local entrepreneurs to benefit from the film-fueled tourism, which is why there is a company fully devoted to film tours in Malta.

This is a practice that does not have to stay among local tour companies and entrepreneurs but can be taken on the next level. The tourism board of Scotland put together an itinerary of 12 days fully dedicated to exploring the Scottish Highlands that served as the main setting for the Starz TV Series “Outlander”. They took the idea even further and revived historical events of Scotland via reenactments, such as the Jacobite Risings, which grew popular through their portrayal on Outlander.  Speaking of Outlander and Scottish tourism! The author of the books that the TV series is based on, Diana Gabaldon, will be honoured with the special “International Contribution to Scottish Tourism” award by the Scottish tourism board. Their latest research paper revealed that Outlander increased the number of visitors in Scotland by 67 % since 2013.

While the Scottish Tourism board awards the contributors, the Irish tourism board collaborates with them directly. Taking advantage of the steady success of History Channel’s Vikings – a series that has been filming exclusively in Ireland for 5 seasons now – they started an online video campaign featuring the stars of the show promoting Ireland as a travel destination.

One thing to keep in mind is that filming locations and film-induced tourism are a cycle. Film-induced tourism appears to be a travel phenomenon facilitated by the film industry: the tourism industry gets all the benefits and the film sector says, “You’re welcome”. In reality, it is actually more like quid pro quo.

In order to take advantage of the potential for film-induced tourism, governments offer tax reliefs for film and TV productions to encourage the filming of more and more projects. (Another clear benefit is that the production company would spend money in the given location, but film-induced tourism is often a happy side-effect). Shoots on location offer the viewer a more authentic atmosphere and support the narrative of any story, so it’s a win-win for all involved.  Tax cuts are a convincing argument for productions to move across the States, or even across the borders. The TV show Lucifer, produced by CW Television Network, moved after filming the pilot from California, US, to British Columbia, Canada, because of lower production costs. The same phenomenon happened in Georgia, US, where a lot of recent high-end Hollywood productions moved to because of the favourable production taxes.

Creating a pleasant working environment for the film industry attracts more production companies to film on-location, which helps governments to monetize that by turning these locations into tourist attractions.

Even though the phenomenon of film-induced tourism is new, its benefits are far reaching. It is not only reflected in the number of visitors in places that have been used for filming, but also in product developments of local entrepreneurs and small businesses and new promotional strategies of countries’ tourism boards. Therefore, governments start to create a preferable working environment for the film industry in order to attract international productions.