How To Film A Conference Speaker The Right Way 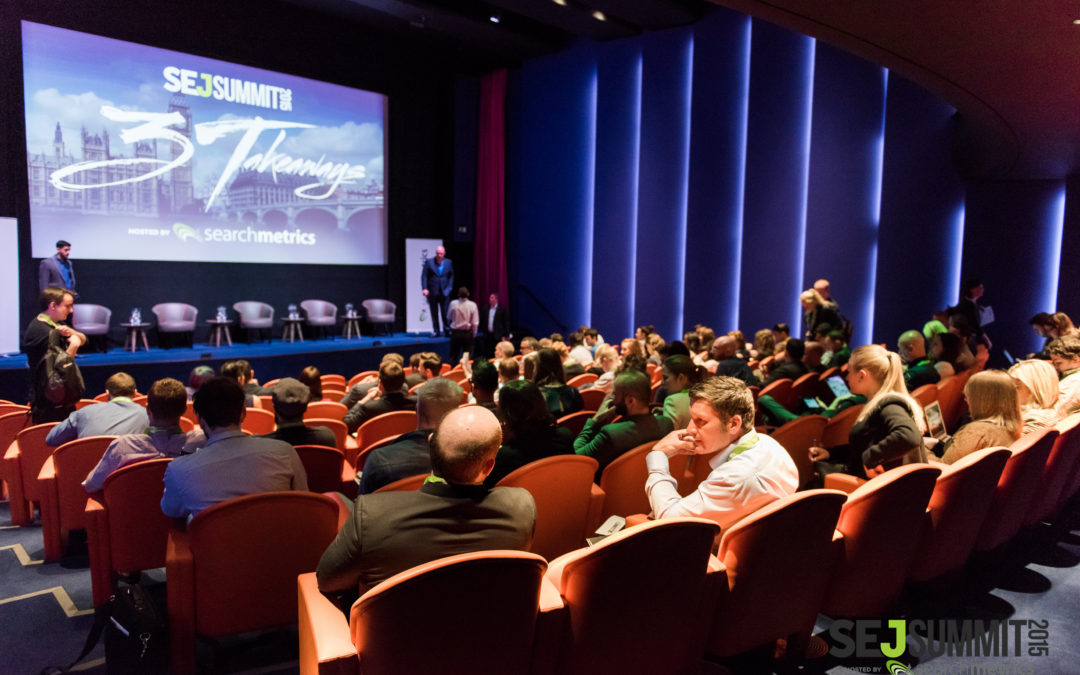 When filming a conference speaker there are no second takes. You have one chance and only chance only to get it right so you don’t want to make mistakes. Below our Director of Photography (DoP) Hugo Tickler shares his advice on how to film speakers at conferences and other events.

If the client wants the whole event captured without interruption then you must make sure that at least one camera is rolling at all times. It will not always be the same camera because, inevitably, you will have to change the card or the battery. When you need to change either of the two, it is important to communicate with the other camera operators and check that they have a proper locked off shot and enough battery to cover for your camera during the time it is unavailable. Even if you are using two or three cameras, you must communicate with your team and guarantee that least one reliable camera is on to cover the breaks in the other camera’s feed.

Integrating Into The AV Setup

Before the day you are filming, you want to get in contact with the event or venue’s AV team. This way you will know their requirements and what they have available in advance. You also want to ensure that they know what you require. For example, if you need an audio feed with an XLR input, the AV team would be able to inform you if that were possible. The AV team at the event would also be able to tell you where you can shoot from, and this will inform the length of the cable you will need. Communicating with the AV team is important because it will help you be prepared for the event.

On the day of the event, once you are set up, test the levels and microphones with the AV team. Then you will be sure that you are getting high quality audio fed into the camera while you record.

If there is not an AV team for the event, you would want to see how the microphones are being controlled and if you would be able to get a feed from them yourself. One way to do this is to take a small XLR cable and plug an audio recorder into the available sound system. Another way to get audio of the event is to use your own mics. For example, you could use a shotgun mic to capture sound. This method is less clean because the shotgun mic would take in more ambient noise.

Ideally, the speakers would be using lav mics. When we did filming for the 614 group, the mics they were using to amplify the speakers was a lav mic. The lav mic in this set up made it possible for us to simply take the general feed and get audio from each of the speakers’ mics. If speakers at an event are just using hand mics, it is a good idea to see if it is possible to get lav mics them.

Similarly to getting audio ready for filming an event, you want to start by contacting the people who are managing the event to find out what sort of lighting will be available. This contact may or may not be the AV team. If possible, take a couple of pictures with the event lighting beforehand. This will help you decide how to proceed, what equipment to bring, and what set-up to choose given the lighting provided. While filming an event, you must keep in mind that you are not lighting a film, so the main goal is to just get enough light without introducing extra noise and grain that would lower quality in the video.

One major consideration when picking the cameras to film an event is battery life. You would want to choose cameras built to recording for long periods of time. DSLR cameras have a very small battery, especially when filming. There are some external battery packs which can film for several hours using DSLR, but they are less reliable because they are not typically made by the camera manufacturers. You would have to do your own tests to make sure it is reliable. This is why we use cameras like the FS7 which you can use with a larger battery, such as a V-Lock battery, and that allows you to film for extended periods of time.

In addition to battery life, you must consider memory. Unfortunately, this is a problem on any camera, especially if the client wants higher resolutions, like 4K, because the cards would fill up very quickly. Picking a professional grade cameras such as the FS7 over a DSLR is beneficial in terms of changing batteries and maintaining a continuous feed. These types of cameras have what is called live switch, which allows you to keep recording as you replace the battery or card. On the other hand, DSLR’s must stop recording in order to change their cards and batteries, and so, they are not the best choice for filming events.

When filming an event in full, you want the most amount of coverage possible, but the camera positions will ultimately depend on what is available to you. At least two camera positions would be necessary to film a conference event, but if possible, three or four cameras positions would be ideal. Typically in an auditorium, the audience is seated on either side of a walkway. It is often a good place to set up there but set up farther back and higher up so that you are not interfering but are still getting a general overview of the auditorium and the panel. It is also advisable to have a camera set up on either side because this positioning makes it

possible to capture the speakers on both sides of the auditorium from complementary angles. If you still have a camera and an operator available, you can choose to add a more stylistic position. For example, you could place someone at the front shooting extreme close ups from a lower angle.

One more consideration for choosing camera positions is the lenses at your disposal because specific lenses will only be able to capture the desired quality of footage at certain distances. If you have a 24mm wide lens, then you will need to get pretty close and that will dictate where the camera can be placed.

It’s important to ensure that you have more than enough batteries and cards with you during filming because you do not know the exact lengths of the speakers’ talks. They might be allotted a specific time constraint, but it is possible that they might go over. You want to be able to adapt to your circumstances and by having extra batteries and cards, you will be prepared to do so.

Want to learn more about Bold Content’s Event Video services. Take out our look at our new 2016 Event Video Showreel below or visit our Event Video page.