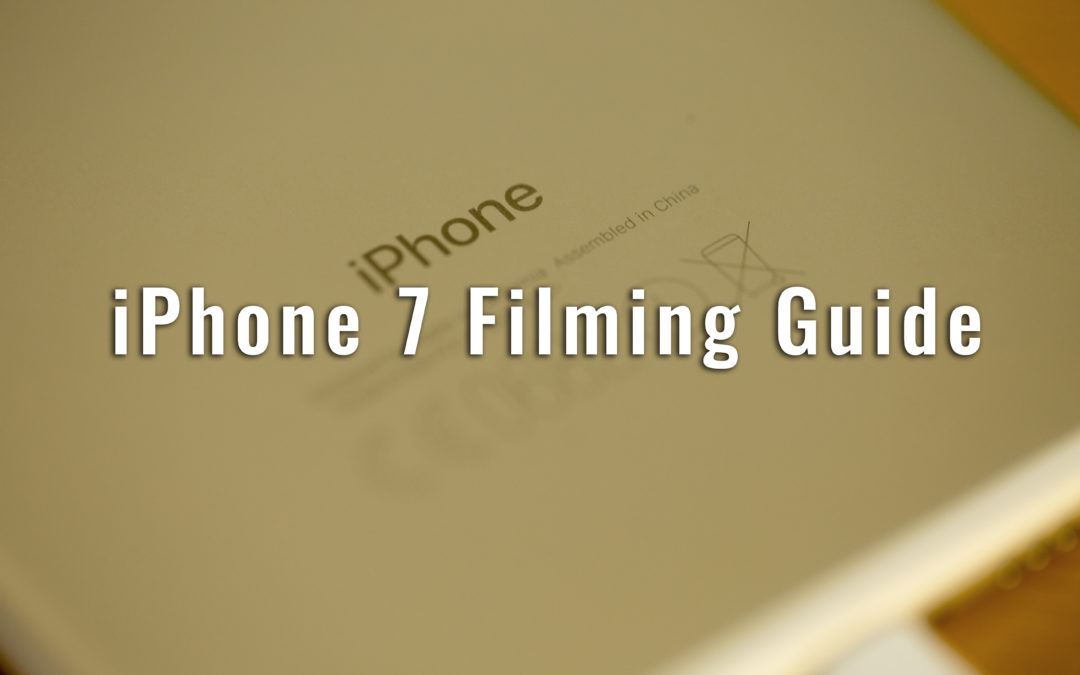 Why is the iPhone 7 a revolutionary device in terms of filmmaking and photography?

The iPhone 7 is revolutionary because Apple have taken their flagship phone to a new height in terms of digital photography, the primary camera features a f1.8 aperture (to the less tech savvy, that means you can have something sharp nearby and a blurry background) this means that you can be more precise with focus and allows for better low light photography/ video.

In addition to the new camera, the on-board flash has had an upgrade too. This year the flash is Quad TrueTone, which means it fires 4 slightly different colours of white to get the most out of the colour in the image. 4 LEDs light up 2 are orange white and 2 are blue white this allows over 4000 unique flash combinations. Due to the upgrade in the flash it means that the torch has had a revamp and you can now choose intensity when filming (super handy when you want more light but also don’t want to blind your subject)

The new iPhone 7 (Plus) boasts a dual primary camera system which allows the user to shoot wide angle images and zoomed images without any loss in quality (apparently), due to the technical aspects of the ‘telephoto’ lens it does degrade the footage a little but isn’t noticeable to the untrained eye. This all sounds very complex but due to Apple’s ability to make the user experience seamless it only requires a simple touch of a button and then you’re in telephoto mode or visa versa.

Due to the upgraded camera the image stabilisation has increased massively and filming handheld is no longer an issue for those of us who film everything on their mobile phone, and this new feature partnered with the iPhone filming guide, when you’re next at your favourite bands’ concert won’t be a shaken mess.

How to use your iPhone for video

Shoot in Landscape rather than portrait

As most display screens are 16×9 aspect ratio your phone should also shoot to this standard if it’s in a landscape position. Portrait will lead to you using a small portion of the screen with undesirable black bars either side.

A tripod can work wonders for your production, as you will get nice stable footage much like a professional would shoot. You can get special tripods made to hold mobile phones from most good online retailers with a camera department.

The two favourites are: pan and tilt.

A pan shot is moving left to right or right to left. You see that the camera stays still but we rotate it horizontally to get this effect. The camera never moves vertically when panning.

A tilt shot is moving up and down (vertically). So for example you can start in the sky and tilt down to the floor like in the example below.

Point of view shots are a unique way of filming things but allow for you to show what the environment is like for a person and not just a camera. We will know it’s a point of view shot if we can see someone’s body in frame.

An example of a point of view shot would be someone walking towards a vista. We could start the shot on their feet, then tilt up to reveal the view that they are looking at.

How to film vistas and static objects

Rather than holding your camera phone up and capturing a static video, you may want to use a pan or a tilt shot to reveal the full splendor slowly. This utilises the full potential of the medium of video rather than just shooting what could be perfectly well captured in a photograph. Camera movement is important in videos as it add a dynamic element to what would otherwise be a photo. You can tell a story with one shot. Each movement has its own meaning and you can add a great deal of interest to a shot with a simple camera move.

Shots should be taken for around 10 – 15 seconds. You can then edit them down to 5-6 seconds in postproduction, this gives a choice when editing. It’s important to hold the shot still for a few seconds at the beginning of the shot and at the end of the shot.

The best time of day to film is early morning shortly after sunrise, this means there are long shadows and the sun is a golden orange so all the colours are bright and rich. The evening is also a good time to shoot for similar reasons, the shadows are long and the sky is often filled with plenty of colour. The worst time to film is during the middle of the day, this is due to the fact that the light source (the sun) is directly above the subject so they appear to have black circles under their eyes which are in fact shadows created by the top of their heads.

Most smartphones use auto exposure, this because particularly apparent when moving from an interior shot to an exterior shot. For example if you’re going from dark to light it will be a very stark and unpleasant change. You should do the shots separately if possible.

How to get steady shots when filming with your phone

It’s important to avoid wobble whilst using phone cameras as the image will end up looking poor quality and may make the viewer feel queasy. The reason you get poor quality results is that the camera works by analysing the difference from one frame to the next and only writes the new data. Anything that stays the same means that the camera has less work to do and can therefor allocate more power to rendering the change in between frames. So your goal is to keep as much of the frame the same as the one before.  One way to avoid too much wobble is to roll your feet as you walk. Start with your heel hitting the ground and gently roll your foot until you reach your toes. As you do this you will naturally crouch down a little, this makes your calf and thigh muscles act as shock absorbers.

Furthermore instead of using the zoom function of your device, it would be better to get closer to your subject as you will retain more quality than from a digital zoom. Unless you have the iPhone 7 Plus which features a zoom lens so you can zoom if you can’t get closer without any loss in quality.