Bold Content recently collaborated with CALM and numerous other agencies to create a campaign aimed at de-stigmatising mental health. CALM stands for the Campaign Against Living Miserably, a charity whose goal is to combat male suicide. We contributed from conception through production, where our in-house director, James, directed the video. We are now in the midst of the ‘distribution’ stage.

Last month, we launched the video project intended to spread the message that men don’t need to wait for a wedding to be a ‘best man’. You can view it below.

There were several strategies we employed to ensure this video had the widest audience possible.

First of all, we used a specific set of hashtags in all of our social media posts. Most notably among them was #BestManProject, which is the name of the campaign. Since the video is centered around discussion between grooms and their best men, this was the most appropriate 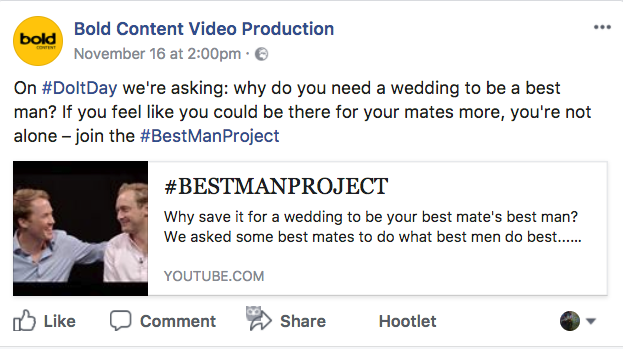 phrase to introduce the idea and generate interest. Our goal was to create a ‘trend’ on Facebook and Twitter, so more people that were generally browsing could see the video, as well as those searching for #bestmanproject. 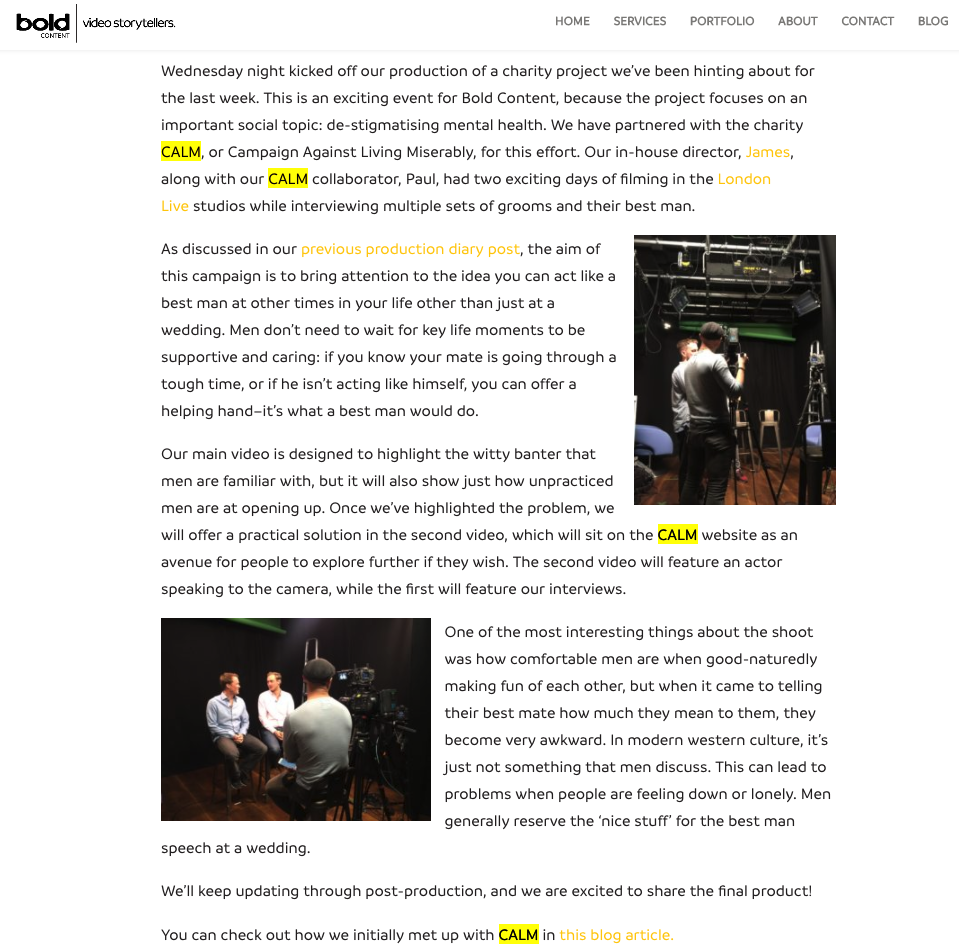 Similar to hashtags, we used specific keywords in all of our posts. Mentioning CALM or Campaign Against Living Miserably was one of them. In our articles that we posted on our corporate blog, we made sure to use these words, as well. This increases the SEO of our posts for anyone searching CALM or ‘best man’. 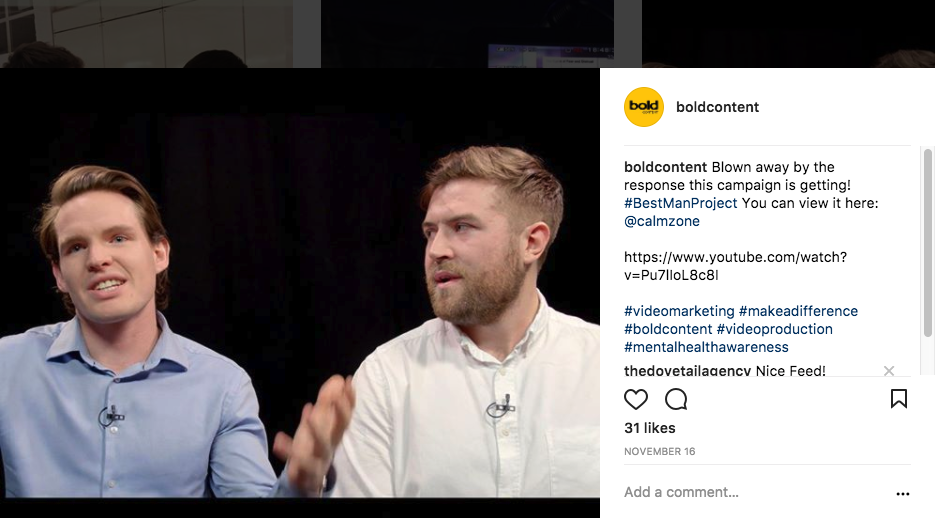 We shared the video on all of our available social medias, including Facebook, Twitter, Instagram, LinkedIn, and our website blog. We shared a variety of content, including photos, videos, and interviews. We spread this out over several days, starting with pre-production (a blog post), moving to production, (where we shared behind-the-scenes photos, an interview with the director, and teaser posts on Twitter), and post-production, in which we shared images relating to the launch of the campaign as well as the video itself. 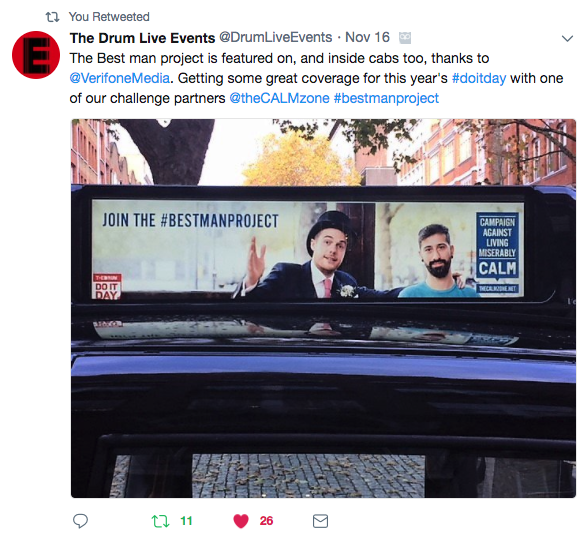 We furthered our outreach by tagging other related institutions in our posts. For example, whenever we talked about CALM onTwitter or Facebook, we linked to them in our text. We also tagged them in any photos we posted on Instagram. Prior to the project launch, we prepared for this by seeking out related agencies and businesses on social media and ‘liking’ their accounts with our own profiles. This made linking to them later on easier. This way, our posts not only appeared on our own accounts, but on theirs, as well.

We also made sure to share and ‘like’ any post that was made regarding the campaign. We were able to find these posts by searching for the hashtag and related keywords.

In order to make the project successful, we took every opportunity to bring more attention to the online campaign. We used a specific set of hashtags and keyword to link all of our posts. We then shared several different sets of content across multiple social medias and our corporate blog, while tagging and linking to related institutions. We also watched out for others discussing the #bestmanproject, so we could boost their posts with retweets and ‘likes’. We did this throughout several days to create a recognition of the hashtag.