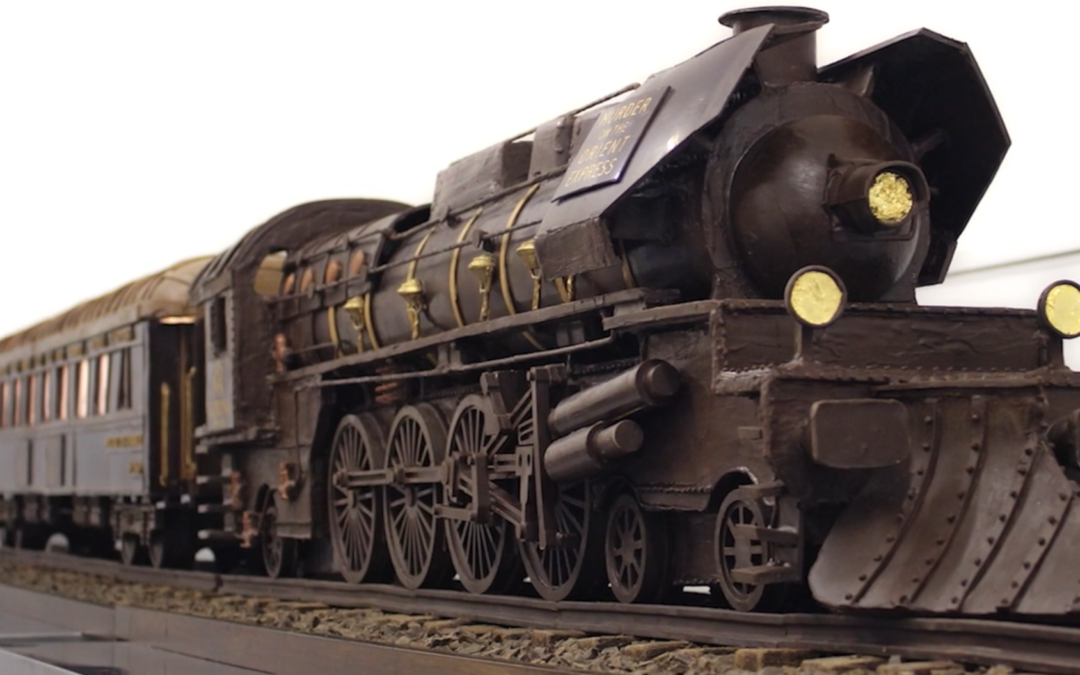 What could go better together than chocolate and filmmaking?

Don’t worry, it went much better than you’re thinking.

Last autumn, we produced a video for Godiva Chocolate to celebrate the upcoming movie, ‘Murder on the Orient Express.’ The film premiered on November 1st, 2017.

Our client originally approached us to make a short promotional video that would be shared across their social media channels. The video would document the creation of a miniature train made entirely of chocolate. We were also commissioned to film a short interview with the designer/sculptor.

We were fortunate to have been given a very specific brief from our client, which made pre-production a much quicker. We prepared to film this incredible culinary display at the artist’s workshop in Shoreham by Sea. 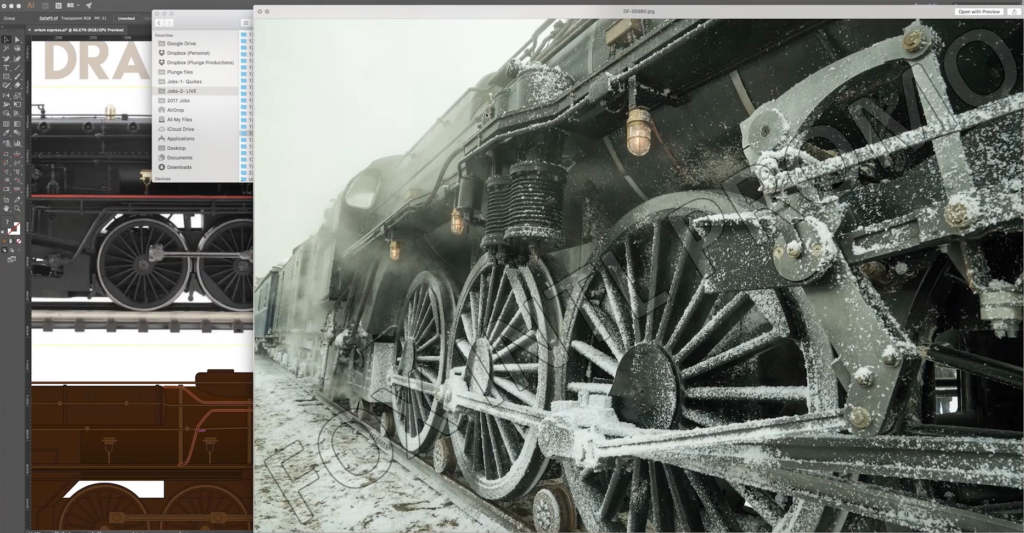 The Artist/Sculptor’s name is Jen Lindsey-Clark (who also invented the Cumberbunny—check it out). She would be putting the finishing touches on the chocolate train during filming.

Our goal was to create a piece that would tell the story of the Chocolate Train. We initially collected shots that detailed the design stages of the train. There was much more prep work that went into the moulding than we would have thought. We wanted to give the viewer an idea of the scope of work that went into this creation.

Because the workshop itself wasn’t very big, we had to be careful fitting three crew members into the studio. In terms of equipment, we used an FS7 camera, a A7S Mark II camera, multiple tripods, and lights. We also varied our lenses to get the clearest footage of the train possible. One camera was on a 100mm macro lens to get all the tiny details of the process. The other camera used an 18-35mm to cover some of the wider actions. Our inspiration for our film technique came from the chocolate itself: we wanted our pans to be fluid and smooth, and our footage to be as desirable as the chocolate. 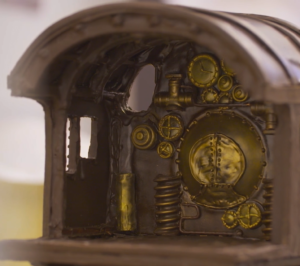 As you would imagine, the lighting was tricky. We had to be extremely careful not to produce enough heat to melt the chocolate. This took some forplanning, but fortunately we came prepared with a portable air conditioner. We also used LED lights, which drastically reduced the amount of head the lights put off.

As we had filmed in late October, we needed to have very quick turnover time with the edit. We are very lucky to have dedicated employees here, and one of our editors worked late several days in a row to ensure we would have a satisfactory product for Godiva. We went through several drafts, as the idea behind the video changed after our initial edit. The numerous versions enabled us to produce a video that met the vision and goals of the client.

Overall, we are very pleased with the content we made for Godiva Chocolate. You can check out the video here: