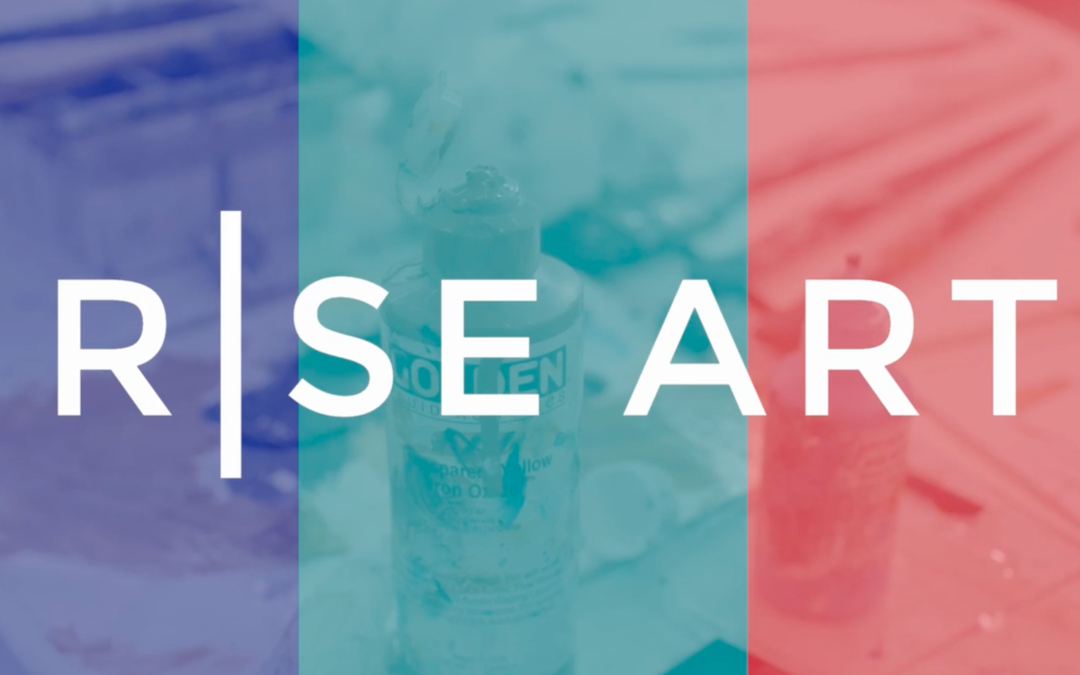 We have recently produced several crowdfunding videos that have been met with incredible success. This article will discuss our process with creating each one, including our learnings, and what material made it into the final edit. We will also discuss a breakdown of general tips that can help your crowdfunding video succeed.

Rise Art raised 88% of their target in 2 days. You can check out the campaign here.

We utilized pre-existing footage of artists’ studios, Rise Art’s ‘Art for Everybody’ PR campaign, the Rise Art Prize Event, as well as footage from Avenue, a restaurant that exclusively host’s Rise Art’s pieces.

We took this footage and combined it with interviews from people that make up Rise Art. We wanted to give the organization a human face, credible, invested people that have invested time, money, and emotion into the business.

One of the things we needed to exemplify is Rise Art’s identity–they are not just a generic, online art house. They employ trained curators that select a small percentage of art submitted to be sold via their website. When purchasing through Rise Art, the buyer is ensured that the artwork they buy is truly worth the money they spend. This was crucial to pointing out how Rise Art stands out from the crowd.

In order to catch the eye and keep the viewer entertained, we used modern editing techniques with a bold splash of coloured motion graphics throughout.

Ollybars raised 25% of their goal in the first day.

Ollybars is a fast-growing startup dedicated to providing natural energy bars that are gluten free, dairy free, additive free, and made of vegan superfoods. We created a crowdfunding video for Ollybars featuring Olly himself.

Our goal with this particular crowdfunding project was to create a punchy, visually-popping short film that could also be re-edited as a brand film later on down the road. We used a mixed-media technique to start the video with excitement and maintain that feeling throughout. A combination of live-action, stop-motion, and stock footage, along with stills, gave us an appealing combination of visuals. Animation was implemented in post-production to compliment the colourful visuals.

It was imperative that we feature Olly in the crowdfunding video. Olly is a likable, relatable protagonist for our story, which is essential to appealing to potential contributors.

The crowdfunding video we created for Playfinder helped them to smash their £650,000 fundraising target on Crowdcube. Initially we were asked to create their brand launch video and Playfinder were so pleased with the results that they asked us to create a crowdfunding video for them.  This was a cost-effective way for them to use some of the great footage that had not made it into the final edit of the brand video, thus maximising their spend on the initial shoot. We filmed an interview with their CEO Jamie and included some footage shot by their internal team. Their success on Crowdcube is testament to the power of a high quality fundraising video.

YoungMinds raised 139% of their fundraising goal in one day.

YoungMinds is a charity dedicated to increasing mental health resources and opportunities for children and young adults. They are a non-profit that rely heavily on fundraising events and charitable donations.

We designed and created a fundraising video for them, which was shown at the Sidemen Football Club versus YouTube Allstars Charity Match back in May. This video had tangible returns after only one day of being live.

The video received over 5.3 million views on YouTube. The video allowed YoungMinds to raise 147% of their fundraising goal at nearly £74,000.

The backbone of our video was an amazing young man named Alex, who was directly impacted by the YoungMinds charity. We told his story authentically, using him as our lead instead of an actor. We used emotion as a driving factor in the crowdfunding video.

We can’t stress enough how important creativity is in crowdfunding videos. There are millions of investment opportunities, and you’re asking people to risk their hard-earned cash on you…entertaining people and giving them a good video to watch shows you’re a professional, and that you respect their time. Creativity also shows ingenuity, which is the backbone of entrepreneurialism. By using some creative nuance, you’re also demonstrating that you’re a problem-solving force to be reckoned with.

The best crowdfunding videos can be re-edited to remove the crowdfunding specifics to create a promotional video. This type of forethought on your and the production company’s part can make for a cost-effective marketing investment.

A report from London-based market research firm The Crowdfunding Centre revealed that between 69 to 89 percent of crowdfunding campaigns fail—so you want to make your video as awesome as possible. Grab the viewer from the start, and make them aware that your video is high-quality, relevant, and will provide the information they need to make an investment decision.

If budget is an issue for you, never fear--you can build the budget for the crowdfunding video itself into the funding campaign. This way, your video will pay for itself, and if it is done well, you campaign will succeed, as well.