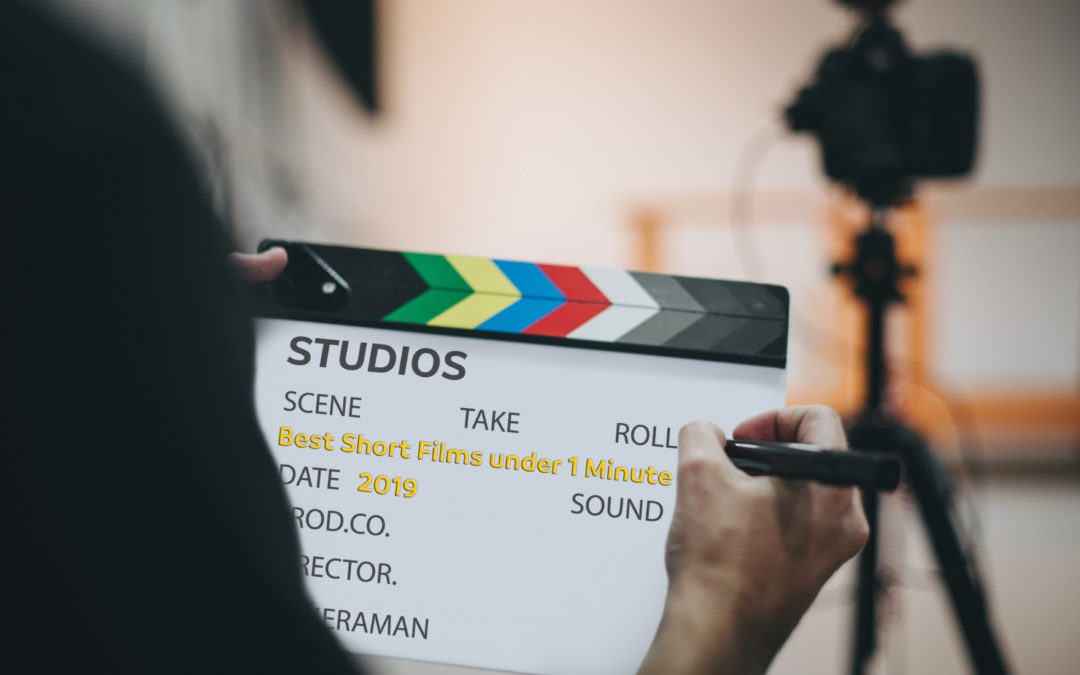 Grabbing the attention of the audience, making them sit on the edge of their chair, feeling goosebumps on their skin, travelling through an emotional journey from confusion to sympathy to excitement, wondering what happens next and ending on a moment that will stick in the mind of the viewer for weeks to come. Putting all that action into 1-minute short films seems like an impossible challenge, but with the right usage of audio-visual tools and proper storytelling techniques, nothing is impossible.

We took inspiration from Filminute – the international film festival that awards the world’s best short films of maximum one-minute length – and put together a list of our favourites.

Budget, equipment, weather conditions – live-action movies have enough limitations, and in this case, time is an additional factor. However, filmmakers still manage to suck their audience into a complete cinematic experience in only 60 seconds.

1. When You Say You’re a Swimmer

This masterpiece is an audiovisual ode to competitive swimming. No matter if you are into competitive sports or not, for this minute you will feel like an athlete. The dynamic cuts and poetic voice-over text are supporting the intense graphics. These elements create together a dramatic narrative that leaves the viewer breathless by the end of the clip.

Black Hole won the Filminute award for the best film back in 2009. It has got a simple, slightly predictable, concept that needs no words to be understood and no location change to stay interesting. The story revolves around an office clerk, who by accident breaks the law of nature and uses it for his own good. The message, in the end, is clear – easy profit comes with consequences. A tale as old as the Greek mythology, well-executed, with a concluding twist in the end.

A bittersweet film about an old blind musician having his last performance. The audience enjoys the violin music until the last note shivers away, and we understand what the old man cannot see. Even though there is only a minute to tell a story, the Iranian filmmaker takes time for slow and harmonic shots and transitions and focuses instead on the music. The pacing of this clip might seem a little jolting and the ending  a bit abrupt, but overall it is an emotionally jarring piece.

Comedy is known to be the hardest of classical genres, because making people cry is easier than making them laugh. This Scandinavian filmmaker manages to keep the attention and curiosity of the audience in this film and make the viewer follow the child on his seemingly important mission. The punchline in the end comes unexpected supported by the matching sound effect.

M-22 is a short film created by a Dutch filmmaker, who makes use of sounds and visuals to portray his stuttering, which makes the clip a documentary in its own way. Translating something foreign that happens inside your own body into a language that other people can relate to is challenging enough. Taking the viewer into this world and back in under a minute is remarkable.

Animated videos play by different rules than live-action videos. They have fewer limitations and therefore give the filmmaker more creative freedom. Both short films that we picked took a humorous, almost satirical, approach in portraying people that every one of us probably knows.

No cuts, no music, and a cartoonish drawing style, this video brilliantly tells the story of a never-ending argument in a minimalistic way. The movie won the Filminute award for the best animation back in in 2012.

The Evening Cigarette is a French anime-style short-film that promotes the anti-smoking movement. Without using any cuts or dialogue, it clearly delivers the message that smoking kills. The story is supported by the funky music in the beginning and the end of the video, giving the whole video a satiric touch.

No matter if it’s a documentary, an emotional drama, or a silly comedy, with the right approach, any story can be told less than 60 seconds. The beauty of cinema is that almost any message and any feeling can be transmitted to the audience without using words – just pictures and sounds. These short films clearly demonstrate the power of visual storytelling: the ability to communicate the message despite all language and cultural barriers.