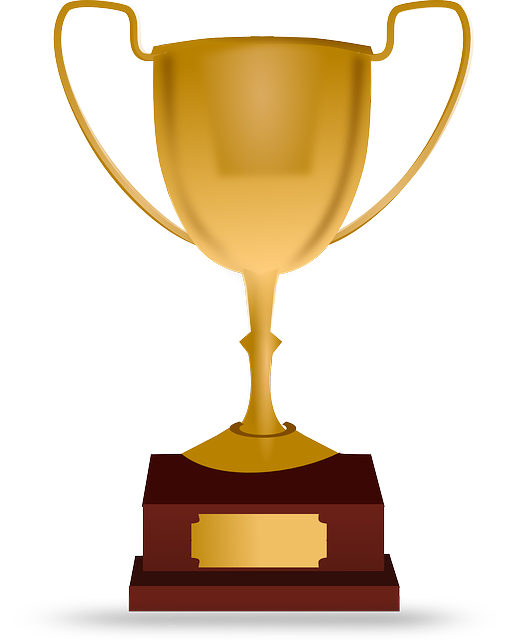 Volvo made a slew of ads dubbed the “Live Test” series, in which people performed crazy stunts related to the Volvo car, or a part of the Volvo car. In one, Volvo technician Roland Svensson is buried in the dirt, and discusses how the Volvo is just the right distance off of the ground to miss his head. Then a car drives right over him. The last ad, called the “Epic Split”, saw Jean-Claude Van Damme going into the splits in between two moving Volvo trucks. These ads went viral, garnering 100 million views on YouTube, 8 million shares and a large number of spoofs. The Volvo facebook page went from a little over 22,000 likes, to over 330,000 likes after the advertisements premiered. The earned media value of the campaign was 170 million dollars.

Here is one of the videos from the live test series:

This ad was a very powerful ad that connected social media to a person’s behavior. The ending was poignant and ended on a very strong note, stating that Gisele Bundchen, the model in the ad, “would what she wanted”. Under Armour showed that social media can help, or hurt, someone’s perception of oneself, however in this case, Gisele was taking control-hence the “I will what I want”.

Volvo created a new paint, that can be sprayed onto bicycles to make them more visible to pedestrians and cars. The ad used regular bikers in London to discuss their lack of comfort in riding their bikes at night, and the dangers that come with it. After hearing this, put with scenes of busy London streets, the film shows the new paint, which illuminates the person’s bike and parts of their clothes, making it impossible for cars or pedestrians to miss them. The paint is a fascinating and helpful invention for decreasing the amount of deaths that happen each year to cyclists.

This Super Bowl ad killed two birds with one stone with it’s Twitter contest. Volvo had people tweet #VolvoContest, with the name of someone they cared about, whenever they saw a car ad during the Super Bowl. One person would win a Volvo from their tweet. Seeing that there are always so many car ads, Volvo managed to stop people from paying attention to competitors ads, and got them to think about Volvo every single time a car ad came up, even if it was not a Volvo ad. The ad for the Volvo Contest felt very personable and emotionally in tune versus some other car advertisements.

In this Geico Ad, The Martin Agency kept it short and sweet. The main action that was occurring in the advertisement always stopped after 5 seconds, with a voiceover exclaiming “You can’t skip this Geico ad because it’s already over.” If people are not interested in an ad they usually switch the ad around the 5 second mark, however with this quick finishing ad, Geico gets their name across, as well as their main idea of savings. The ending is funny as well, for the people that stuck with the rest of the ad.

This ad was my favorite out of the Cannes Lions ads. It shows a boy and a penguin, who are best friends. However, the penguin starts to want to find love, so in the end the boy gets his penguin another penguin to be with. The end shot shows the real penguins turning into Monty the Penguin stuffed animals. The ad does an extremely good job of hitting the correct emotional keys to bring about a smile by the end. The use of the real penguin, then turning into the stuffed animal, explores the power of a child’s imagination, and brings back childhood memories for anyone watching it. Coupled with Tom Odell’s cover of Real Love by the Beatles, the ad is a cute and emotional video that brought about an increase in people buying Monty the Penguin merchandise.

This campaign tried to break the stigma that is prevalent in India surrounding women and their periods. The name, touch the pickle, comes for people stating that women could not even touch a pickle jar if they were on their period, because they would contaminate the pickles. The campaign was very successful in raising awareness for the taboo that surrounds periods, and sparked a large discussion in India about the taboos.

Vodaphone created an application that helps women in Turkey get help if they are experiencing domestic abuse. Y&R Istanbul did an incredible job off thinking up ways to advertise the app without women’s spouses finding out. They placed the ads on the tags of clothing, they made automatic calls that would talk about the app if it recognised a woman’s voice, but would talk about a generic topic if it recognised a man’s voice, etc.

Google’s new low-cost virtual reality tool snagged the mobile prize at Cannes Lions. The cardboard box has an area to place a phone, and then a person can put it up to their eyes and experience a full virtual reality experience, of nature or museums, or areas all around the world.

Apples set of commercials and billboards showed off the incredible camera functions on the iPhone 6. Each ad either has a picture or a video taken on an iPhone 6 by an actual user. The videos and pictures are always beautiful, and do a great job of showing that the iPhone 6 camera can be as good as many large cameras. By placing the “Shot on iPhone 6” at the end of the video, Apple brings out surprise from the viewer, who probably was not expecting such a great video to come from a phone.

This was a very powerful ad, in pointing out negative views that people, (women and men) have around what it means to do something “like a girl”, or even be a girl. Always really points out how words can really hurt a child’s self esteem. Using all different kinds of adults and boys made the ad that much more powerful, showing that the views permeate a lot of different people. The ad has been viewed over 58 million times, and Always decided to use it for their Super Bowl spot.

The Community created illustrated advertisements for  the Buenos Aires public biking system where the wheels are instead two things where one is always chasing the other, for example a dog and its tail. The chase is supposed to show that the bikes never had to stop, the wheels could keep turning forever. And seeing that the biking service was going to be open 24/7, it was actually possible for that to occur for the first time.

Half of the Cambodian population is anemic, because of the foods that they eat. Anemia brings about a slew of health problems. Geometry Global Dubai stated they created a piece of iron shaped like a fish (a symbol of good luck, and hope in Cambodia) that Cambodians can place into their food to boost their iron consumption. However, this award was steeped in controversy, as it came out that the company that stated they made the iron fish were not actually the makers, and they took film from cofounders of an Aussie expat company founded by Gary Tranter and Matt Cullen. Looking past the controversy, the ad does a good job of illuminating the problem of anemia that Cambodia is facing, and sells the product of iron fish very well to viewers.

SoundCloud created a fascinating ad to mark the 25th anniversary of the fall of the Berlin wall. In it, they recreated the wall acoustically. Patrick Petzold, the executive sound designer, stated: “we wanted to bring back the emotion of that time.” The use of sound as a medium to construct a wall is a very cool way of changing mediums completely. The ad was also very powerful in its message, and brought people into feeling like they were back in the era of the Berlin Wall.

The ALS Ice Bucket Challenge proved to be a sensation, through the spreading of social media. Started by a family who had a member who has ALS, the ice bucket challenge has people throwing water onto themselves and then challenging other friends to do the same, to raise awareness for ALS. The challenge capitalized on social media, and soon enough celebrities were taking part in the movement as well. The challenge brought about a large amount of donations as well, from some people who were only hearing about the disease from this challenge. The ALS ice bucket challenge was a fun challenge people did over the summer, but much more importantly, helped educate the public about the disease, and bring in a large amount of donations.

Domino’s recently started a new ordering method, where people could order a pizza through sending a tweet to Domino’s with a pizza emoji in it. This idea is one directly focused on millennials, and people a tiny bit older than millennials, as they are the ones mainly on twitter, as well as the ones who regularly use emojis. They also made it even easier to order than even online service, meaning that while kids were tweeting away, they could randomly decide to get a pizza and order without even leaving the window they were in.

Nike did a very nice job of giving a tribute to Derek Jeter, shortstop and captain of the New York Yankees, for his retirement from baseball. The tribute was extremely moving, showing new Yorkers, celebrities, even Red Sox fans, tipping their hats to Jeter. The film ends with people in Yankee Stadium chanting his name. The ad also does a great job of showcasing New York as a city. The film was very popular as it was watching over 9 million times on YouTube.