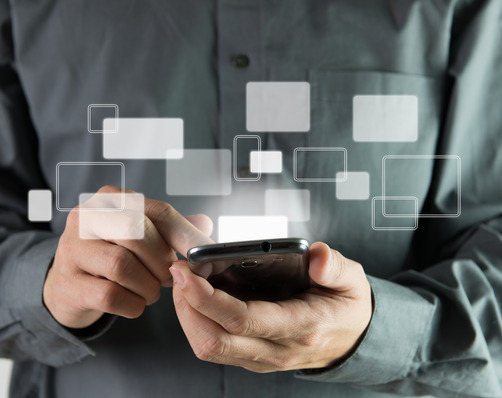 More than half of YouTube videos are viewed on mobile devices. As recently as 2011 that number was only 6%. And the growth of mobile video isn’t isolated to Facebook. The social network recently announced that video views on the site had hit 8 billion a day. More than 65% of those views occur on mobile device. So, it’s something of an understatement to say that considering the mobile audience is important when developing a video marketing strategy. Producing video for a mobile audience creates unique challenges and opportunities. Below we will outline 7 things you need to consider when designing a video that will be viewed primarily on mobile devices.

In a recent study it was found that as many as 94% of people choose to skip pre-roll video advertising. Combine that with the prevalence of ad blockers and YouTube’s move towards an ad-free subscription model with YouTube Red and you can see why you are unlikely to maximize your audience with paid video advertising alone. So does that mean that you should give up on mobile video? Not at all, as the statistics above show mobile makes much up a huge part of content consumption on the internet. In fact, it’s estimated that by 2019 80% of all of global internet traffic will be video. The answer is to create content that people are actually looking for and will actively choose to engage with. This is the role of branded content. Tutorial based video content can work well because you can help your prospect solve a specific problem while introducing your product as a potential solution. Or think about narrative based content. Look at the way that Hollywood introduces products into the cinematic experience without it appearing obtrusive (well at least some of the time!)

#2 Mobile Video Should Be Shorter

Video designed specifically for mobile almost always needs to be short. There are a number of reasons for this. People are often watching mobile video while they are on the on go. In Yahoo Migration to Mobile Video study it was found that 61% of people wanted to consume video that was 30 seconds or less. Focus on providing great content while cutting out the fluff. This is of particular importance if you are appealing to a younger audience. That same Yahoo study found that 37% of millennials said that data costs were a barrier to watching videos on their smartphone, higher than any other age group. Think about how much of your viewers data plan you are going to eat up before releasing a lengthy cinematic masterpiece for mobile.

Sound quality is important for any video that you produce but for mobile video it is even more critical. Mobile video is often consumed in noisier environments which can distract from the audio of your video. The quality of the speakers or headphones with a smart phone may also not be particularly good. That’s why it’s important to make the audio as clear and crisp as possible. If possible you should use a high quality mics to capture sound. If you are using a professional video production agency to produce your video they will have a specialist sound recordist who will ensure that the best quality audio is captured. During post-production editors can clear up any ambient noises and bring out the audio of the speakers. If you are creating an explainer video considering investing in a professional voice artist to guaranteed clearly audible and properly enunciated.

In response to the popularity of mobile video screen sizes are increasing (See the 5.5″ iPhone 6 Plus and the 5.7″ Note 4). Despite ever growing screen size of mobile devices (see video below), they are still considerably smaller than that of a desktop or laptop. This means that you want the visuals of your video to be clear and relatively simple. The wider the shot the more difficult it will be to view smaller details within the video. That means more closeups and fewer wide shots of crowded scenes when storyboarding mobile videos.

If a video is being watched in a public location then the sound is often turned of. When creating a video concept specifically for smartphones, you should consider the impact that having no audio may have. The visuals of the video need to be engaging that they can stand alone with audio. Key marketing messages or call to action may need to be included as text. But remember to keep text bold and simple enough to be read on a smaller screen.

#6 Think About Breaking Up The Video

Instead of publishing one long video on a particular topic consider breaking it up into a series of shorter video. This helps to address the issue of people being able to watch your video when they may be pushed for time. It can also make it easier for people to navigate to the particular part of the content that they want to get to. By creating a playlist for a series of videos on a single topic you can make it much easier to consumer the video content. This is not only true if you are creating tutorial style content. Breaking up a videos into a short series can also work very well if you are creating narrative driven content.

Finally, before you publish the video view it on a range of smartphones. This will give you a better idea of how the video will be seen by the viewer. It can also help you identify any potential problems like illegible text and poor audio quality.

Want more advice about creating your next mobile friendly video? Why not get in touch.