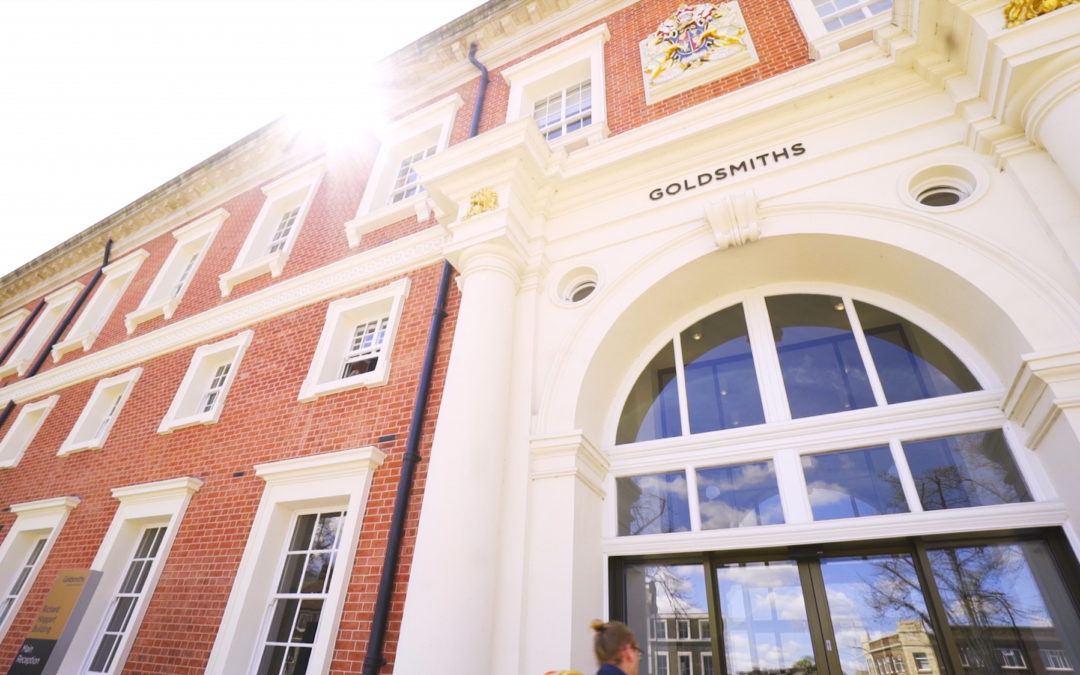 Leading public research university Goldsmiths approached us to create a series of videos for their Careers Service. Read on to learn more about the project and its production.

Where the Careers Service Videos Were Filmed

Filming for the videos was done on location at Goldsmiths’ campus in south-east London.

Goldsmiths’ Careers Service is dedicated to helping all of its students plan for and succeed in their future endeavours. In order to provide the best possible service, the team at Goldsmiths’ Careers Service is always looking for ways to better connect with the students. They decided to create, with our help, a series of informative videos that would be readily available to students online.

We took two days to film the footage for this project. On the first day, the crew filmed an interview with Goldsmiths senior career consultant, Helen Kempster. In the interview she shared pertinent information that will serve to help students planning for their futures. We used a single camera set-up with the FS7 for the interview portion. In addition, we used a lav mic and boom mic to capture the audio of the interview. Having two microphones is especially useful when shooting an interview. It ensures you will get the desired sound quality given that the two microphones capture audio differently. For the lighting, we used a Kino Flo with daylight-balanced bulbs as a key light because there was a little bit of daylight coming into the room. We also used a Dedolight to help separate the subject from the background and act as a fill light.

The second day was used to shoot footage of the university that would help engage the videos’ viewers while showcasing the highlights of their campus. For this, we used multiple cameras, including the FS7, FS700, and A7S. In order to properly capture Goldsmiths, the A7S and a Gimbal were used while filming the cutaways to allow for smooth movement shots. These included more of the campus and gave the videos an interesting variety of movement.

A Lesson Learned in Planning the Shoot

We usually ask the client to make sure we have the location booked for the time needed to film so that we will not have to change locations. But in this case, we had not considered the room beside our location. Unfortunately, office equipment was being moved into that room during the afternoon of our shoot day. So, we filmed in the desired room in the morning but had to find a new location for the remainder of the day.

How the Goldsmiths’ Careers Service Videos Will Be Used

The videos will soon be available as easy-to-access online resources for Goldsmiths’ students. They will be able to simply visit Goldsmiths’ Career Service page and receive advice concerning their future careers whenever and wherever they need it.