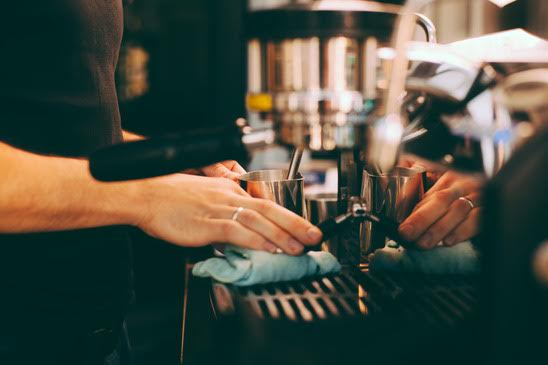 The fact that the series touches on politically controversial topics in an election year is likely no co-incidence. Schultz has gone on record as supporting gay marriage and stating that Starbucks should be part of the conversation on race relations in the US. He has also previously stated that “I think it’s obvious Hillary Clinton needs to be the next president”.

Upstanders is the brainchild of Howard Schultz and former Washington Post editor Rajiv Chandrasekaran. Rajiv Chandrasekaran, who is co-producer and co-writer of the series, is the author of the prize-winning work “Life in the Emerald City” which was the inspiration for the film “Green Zone” starring Matt Damon.

The new video series is available on the Starbucks website at:

And the Starbucks app.

In addition, to the video webseries content for Upstanders will include a weekly podcast and written essays around the topics discussed.

Starbucks has followed the recent trend towards minimal branding in it’s videos. Howard Schultz states that “I don’t think there is one physical evidence of a Starbucks cup or logo in the stories”. The series is the latest indicator that brands understand the importance of investing in high quality content to gain attention in an increasingly fragmented advertising market.