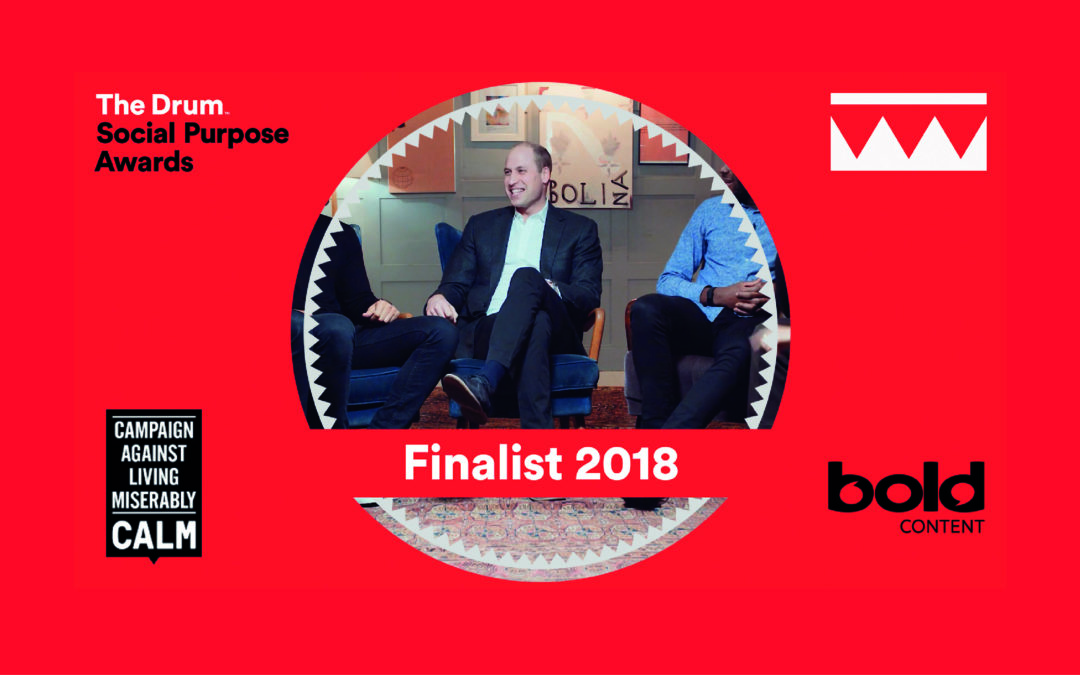 We are very excited to announce that our #BestManProject, in collaboration with CALM, has won the “Highly Commended” second-place for Campaign of the Year at The Drum’s Social Purpose Awards 2018.

The Social Purpose Awards are designed to celebrate the best marketing aimed at bringing about social good. It focuses on socially responsible marketing, brand purpose, and a more accurate representation of modern society. 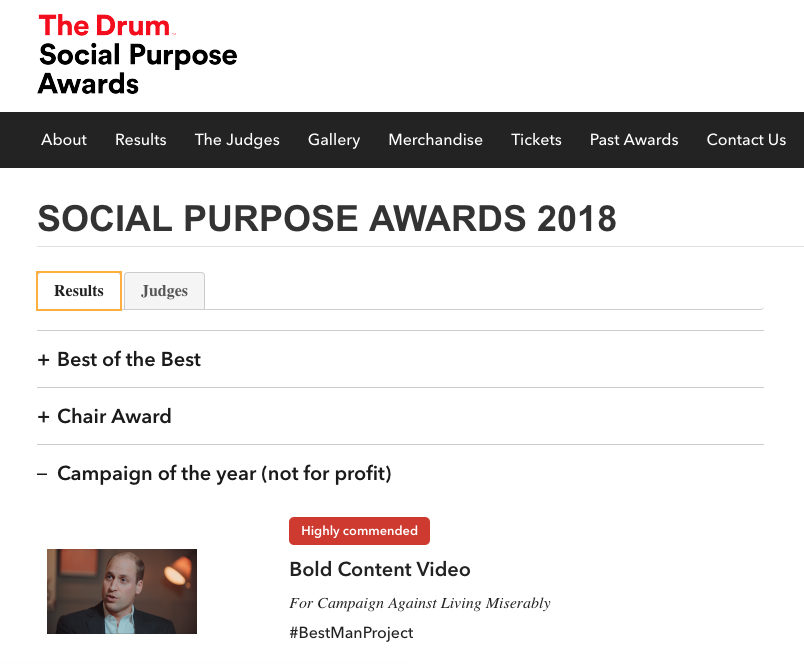 The purpose of #BestManProject is to bring attention to the idea that you don’t need to wait for a wedding to be a “best man” to your friend – men don’t need to wait for key life moments to be supportive and caring to their friends. The campaign revolves around an important, overarching initiative in today’s society: de-stigmatising mental health.

Our journey with CALM and the #BestManProject began over one year ago with The Drum themselves. We participated in Do-It Day 2018, which began in the previous October. Do-It Day is a multi-nation event in which marketers work together to change the world. Teams from a variety of companies work together to pitch ideas for charity briefs.The winning team is selected to create their idea, and together, everyone launches a media campaign to bring awareness to the initiative. We helped develop the concept of the video series, and we were responsible for the videos’ production.

The short films are designed to highlight the witty banter most men are comfortable with. Our director, James, leads the interview to put the two men at ease. Once everyone is comfortable being on camera and answering questions, the bombshell is dropped: turn to your friend and tell him what he means to you. You can see this reaction in our first video:

After the premiere of our first video, the #BestManProject gained enough traction to catch the attention of Prince William. We were contacted by His Royal Highness, the Duke of Cambridge himself, wanting to be apart of the campaign. We organized a video shoot with Prince William, former professional footballer Rio Ferdinand, musician Loyle Carner, radio host Roman Kemp, comedian Humzah Arshad, and journalist Karl Anka.

The second video in our series, “The #BestManProject Goes Royal”, features several of the celebrities listed above, in addition to some “average Joe’s” to help drive home the point that speaking up to your friends is important to men in all walks of life.

Through careful planning, we also filmed and released partner videos with each celebrity and their best mate. The videos have gone viral, amassing over 10 million Twitter followers and six million Facebook followers. In total, the videos have been seen over 22 million times. You can view Rio Ferdinand’s video here, with his best mate Jamie:

We welcome you to watch the rest of the videos here.

You can also learn more about our work with the #BestManProject and The Drum in these articles:

To learn more about the Campaign Against Living Miserably or the #BestManProject, click here.

If you are in need of someone to talk to, you can call the CALM Helpline from 5 pm – midnight: