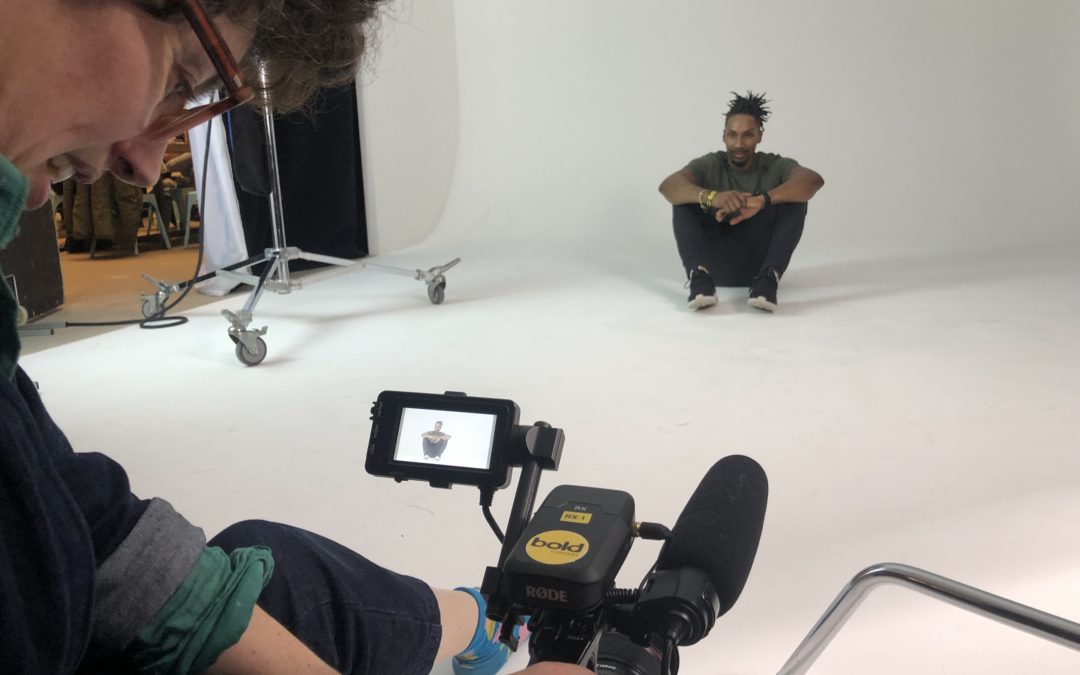 At Bold Content, we’re a team of film nerds who love and celebrate cinema and we occasionally blog about topics that are close to our heart. In this post, we’re going to be discussing a concept that we like to champion…getting more women into creative roles in the industry.

Last year, women represented 20% of the global Behind the Scene workforce in the film reaching a historical high. Unfortunately, gender equality in Hollywood remains a serious issue, especially when you look at the Oscar nominations of 2020 and notice that none of the Best Picture nominees are directed by a woman. Ironically, it is not because there are none as, according to Celluloid Ceiling, the number of female directors is on the rise. It is simply because female filmmakers are “not yet a trend”. So in order to contribute to the inspiration of such a “trend”, this article will give a platform to a small selection of the most influential female filmmakers of all time.

First Female Filmmaker
The first female filmmaker is said to be Alice Guy-Blaché. Although her name is for many unknown, Guy-Blaché is considered to be the true pioneer of narrative fiction film. Guy-Blaché started her career in 1894 as a secretary in a French camera manufacturing and photography company. It was in her role of secretary that she developed a desire to introduce fictional storytelling elements into the concept of film. Even though back then, films were merely seen as a promotional tool to sell cameras, Guy-Blaché got her manager’s permission to execute her ideas and make her own film. After the release of her first film La Fée aux Choux (1896), Guy-Blaché got promoted to Head of Production. 10 years later she moved to the United States with her husband and together they found the Solax Company, an American motion-picture studio, where Guy-Blaché was responsible for directing films. As a filmmaker, Guy-Blaché is known for her usage of audio recordings in conjunction with the images on screen and the employment of pioneering special effects such as double exposure, masking and reversing film. 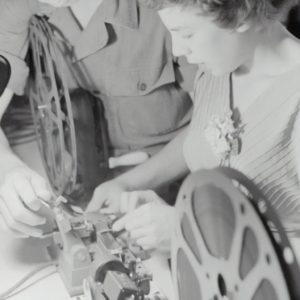 First Oscar-winning Female Filmmaker
Kathryn Bigelow is the first woman to win the Oscar for Best Director for her film The Hurtlocker (2008). Surprisingly this happened just 12 years ago. Up until today, she has won 85 awards including an Emmy and a BAFTA for respectively Exceptional Merit in Documentary Filmmaking and Best Film. She is known for her manipulation of movie genres and mainstream conventions and her head-on expression of violent realities and controversial subjects such as gender, politics and racial conflicts, without losing the entertaining value of her films. Bigelow started off as a student of painting but entered the graduate film program at Columbia University as soon as she received her Bachelor. At Columbia, she made her first short film, The Set-Up (1978) but it wasn’t until the making of Blue Steel (1990) and Point Break (1991) when Bigelow got recognised as both a Hollywood brand and auteur. With her fierce belief in the political power of the film medium and her determination to give victims of injustice a voice, Kathryn hopes to wake up and inspire her audiences to take the issues featured in her movies further. Despite her success and fame, she remains humble and repetitively mentions her valuable team. Honesty and reality is what Kathryn likes to express most in her films which is why she aims at safeguarding the spontaneity and immediacy of a piece by avoiding over-analysing her work before release it and occasionally keeping an intentional distance during the actual making. 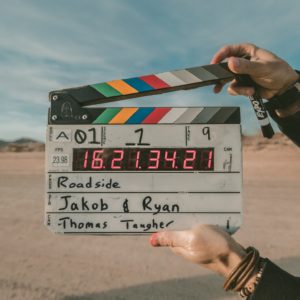 First Black Female Filmmaker
In 2014, it was Ava Marie DuVernay who got to stand in the spotlights as she was the first black female filmmaker to get nominated for the Golden Globe Award for Best Director and the Academy Award for Best Picture for her feature film Selma. 10 years earlier she wasn’t acquainted with the film industry at all. However, DuVernay has been everything except for inactive. She started off as a journalist, moved into PR soon after and founded several ventures amongst which DuVernay Agency, a public relations firm which introduced her to the film industry. In 2005, Duvernay decided to make a U-turn once again and single-handedly gathered $6,000 to create her first, 12-minute long, documentary inspired by her own mother. Up until today she still occupies the role of a filmmaker, though her portfolio has extended with many other documentaries, feature films, television programmes, commercials, music videos and the very popular Netflix series When They See Us (2019). Even though her portfolio is extremely diverse the majority of DuVernay’s work is characterised by her personal mission of “furthering and fostering the black cinematic imagine in an organised and consistent way, and to not having to defer and ask permission to traffic our films: to be self-determining.” (DuVernay, 2014).

First Sexuality Struggles on Screen
Another powerful female filmmaker using the power of the audiovisual form of storytelling to convey controversial topics is Dee Rees. Unlike other influential female filmmakers, Rees explores a relatively new and, unfortunately, still taboo subject of sexual expression within an Afro-American context. Being raised in an orthodox, African American family, her coming out was far from easy. However, Rees managed to turn the struggles of her outcoming into a source of inspiration for her very first feature film Pariah (2011). Even though the completion of the film took around 5 years, due to funding and formatting difficulties, it is one of Rees’ best-known works. Most of Rees’ works let themselves be characterised by their political, ethical and racial messages. Her most recent and best-received work, Mudbound (2017), was inspired by her grandma’s journal, and has been nominated 113 times and won 36 awards.

First Female Superhero Filmmaker
Someone who pushed the trend of “filmmaking feminism” even further is Patty Jenkins. With the release of Wonder Women in 2017, Jenkins did not only receive the title of ‘first female director of an American studio superhero film’ but also became the author of the highest-grossing female-directed film of all time, surpassing Phyllida Lloyd, director of Box Office Hit Mamma Mia!. Jenkins was raised by her mother, who thought she was going to be an environmental scientist when she grew up. Nonetheless, young Jenkins was inspired by Richard Donner’s Superman film and had her heart set on an entirely different future: directing superhero movies. When she was 20, Jenkins persuaded the manager of the company she was interning at, to provide her with film training in return for working on set for free. This led to Jenkins operating as a cameraperson for the next 10 years. Even though this was only a small step in her route towards her dream it turned out to be her stepping stone into the world of filmmakers. She got recognised for her talent and ambition and got offered a spot at the American Film Institute which taught her the profession of directing. In 2003, Jenkins directed her first movie Monster with Charlize Theron, which won critical acclaim. However, Jenkins still faced a series of rejections for the next 15 years in her attempts to get films made. In 2017, Jenkins made a splash with her come back movie, Wonder Women, giving her the biggest domestic opening for a female filmmaker. With the film, Jenkins contributed to raising awareness on one of the UN’s most pursued goals: ‘achieving gender equality and empowering all women and girls by 2030’. Recently, Warner Brothers asked her to return for Wonder Women 2, which Jenkins accepted provided that she would receive the same amount of salary as her male counterparts would have gotten for directing the film.

First “Bold” Female Filmmakers
We, as a relatively small video production company, value the importance of a diverse and all-round team including female filmmakers. We have worked with many different female filmmakers over the years, who have delivered great and influential work. Amongst them is Tamara Rosenfield. Tamara graduated in film production from the School of Cinematic Arts at USC. She has gone on to win multiple competitions for commercial spots, which brought her to Cannes Lions Awards two consecutive years (2011, 2012). After moving to London she worked with us as a director on many projects for brands and advertising agencies, including Coca-Cola, Jameson, Chevrolet and Lowe & Partners and non-profits such as Akshaya Patra. She was selected for the prestigious SHOOT Magazine New Directors Showcase in 2014 for a Coca-Cola spot she directed in Brazil. The film was screened at the DGA in NYC. She is now a member of the Director’s Guild of America and is Directing episodes of Chef’s Table Street Food for Netflix. 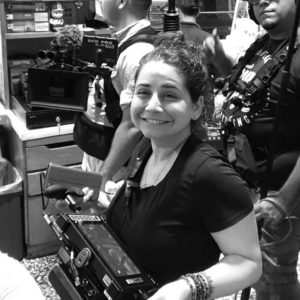 Another one of our female filmmakers who we greatly value is Sogol Ashar. Sogol Afshar is an Iranian filmmaker, living in London whose powerful and compelling work is born from her love of fine art. She has a strong connection with female empowerment issues which led to the creation of a commercial for the Fawcett Society which was nominated for a 2017 Adcan award.

Finally, we want to give the stage to Charlotte Regan, one of our youngest female filmmakers. Before she became a filmmaker, Regan worked at a scrapyard and as a paparazzi photographer. She had no obsessive interest in film but got involved in directing music videos for friends because of her love for the rap and grime culture. Nowadays she has a diverse portfolio including commercials, branded content, short films and documentaries. Regan is not so much fixated on type of audiovisual storytelling that she creates but more on adding human interest to the stories that she tells. Drug Runner is such a human interest story following the evolution of a 15-year-old child as he falls into the world of drug dealing. We are honoured to have been able to work with Charlotte Regan on this project, together pushing the boundaries of documentary storytelling. Charlotte has won numerous awards for her work, including the BFI Future Film Award, the BFI New Talent Award, a Cannes Lions YDA Award, and now her second Vimeo Staff Pick for Drug Runner. 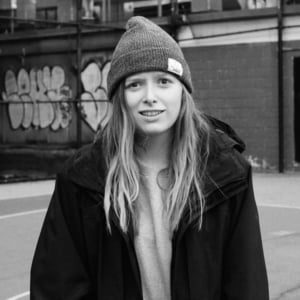 So, female filmmaking is far from dying, however, the growth of the number of women working behind the scene is still terrifyingly low. This is, once again, proven by this year’s Oscars featuring zero female Director nominees. Thus, in order to change this, hopefully, by the next year’s Academy Awards, awareness needs to be raised on this, still an often-ignored issue. Although, many more things can be done; giving influential female filmmakers a platform is one step along the way in turning this “trend” into the norm. So to all female readers, what’s stopping you from picking up that camera and taking film directing in your own hands? We’re willing to help!