How To Direct A Virtual Reality Video: Filmmaking Advice For 360 Degree Video 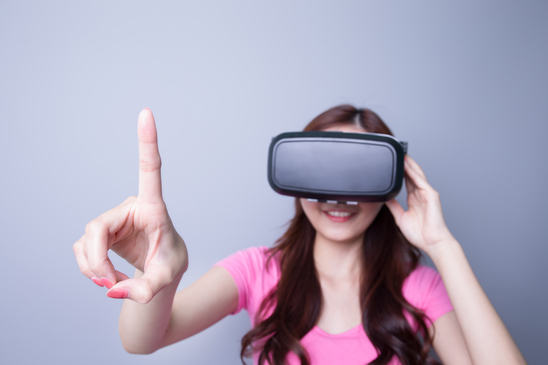 Recently Bold Content Director, Tamara Rosenfeld, took on the challenge of creating a Virtual Reality 360 film and shared with us what she learned from the experience. Below we relay her advice and explore the VR filmmaking process.

With 360 filming you want to keep the subjects of the video at a similar distance from the camera. Although, with this style of filming, it is very easy for things to come out of focus if they are too close to the camera, and get lost from focus if they are too far away. Be prepared to have to adjust that distance to keep the image in focus. Sometimes it can be useful to put the 360 camera in the middle of the environment and draw a circle on the ground to act as a guide for the movement.

When shooting for Virtual Reality, you want to avoid having a lot of action occurring between a stitch, or between two different cameras. You will have to be very specific about where you want the action to occur because, although the areas will be cross-stitched, you do not want the actors moving in overlapping sections for a long period of time.

At any shoot mistakes can happen. It is always possible to edit footage, but it does take up valuable time and will require editors who know VR editing programs well to correct any issues with the stitches or other blemishes. It is best not to rely on editing and plan as much as possible beforehand will save time and money in the long run.

Filming outdoors is ideal for 360 because then you do not have to remove the lights from the film in post production. If you should choose to film outside the best time to do so is around noon when there would be least shadows.

Editing for 360 is quite different from that of regular films. Editing normally involves putting together a variety of deliberate shots as envisioned by the director. However, 360 takes are longer, about 30 seconds, and all encompassing. They do not need the traditional editing process to be seen, rather they need to be stitched into a world.

Once the director has chosen the shot that will be used in the final edit, the video would be sent to an editor to stitch the footage. Commonly, 360 camera rigs include about several cameras so that the edges of their shots will overlap each other. Stitching is the process of putting the edges of those shots together and making it look like a complete surface by matching up the horizon lines, for example. After stitching the editor will edit the 360 footage – colouring, adding titles, and removing mistakes if need be.

Moving 360 videos are not as frequently done as they have many drawbacks. When moving the camera for a VR video, the movement would have to be very steady. If not, the movements of the camera would be nauseating for the viewer. Were you to use a Steadicam to achieve that stability, you would have the extra task of removing its operator from the film in post production, which can be costly. Although it has been done before where a 360 camera was mounted on a cyclist, a moving VR video is complicated and requires a lot of considerations for it to turn out well.

Camera Options for Filming in 360

There are many new camera options for 360 coming out, but the GoPro remains one of the best. Its smaller size allows the lenses to be closer to each other in the rig, minimising the risk of having gaps in the footage. The problem with putting more expensive cameras on rigs is that the further away the lenses are from each other, the more cameras are needed and the more work is required in post production to stitch the shots together.

Changing the Role of the Director

The director still chooses which shot to use, the camera rig, and its placement, but they no longer direct the viewer as they typically would. Traditionally, the director would come up with the story first and then pick the shots, movement, and angles that would be best suited to tell the story visually. When creating a 360 film, the director’s job becomes more about constructing a story around the camera. They are tasked with figuring out ways within the chosen environment to direct the viewer by using actors or creating action in the environment. Regardless of filmmaking style, a director must always be telling a story and engaging their audience, and so their choices must always be purposeful.

Despite the challenges of filming in 360 for a director, it offers a completely different way to think about filmmaking and a new way to fully engage with the viewers.

Tips for 360 Directors From a Bold Content Director, Tamara Rosenfeld

Explore the 360 video mentioned in this guide below: