Modern Music Videos: A source of inspiration for corporate marketing 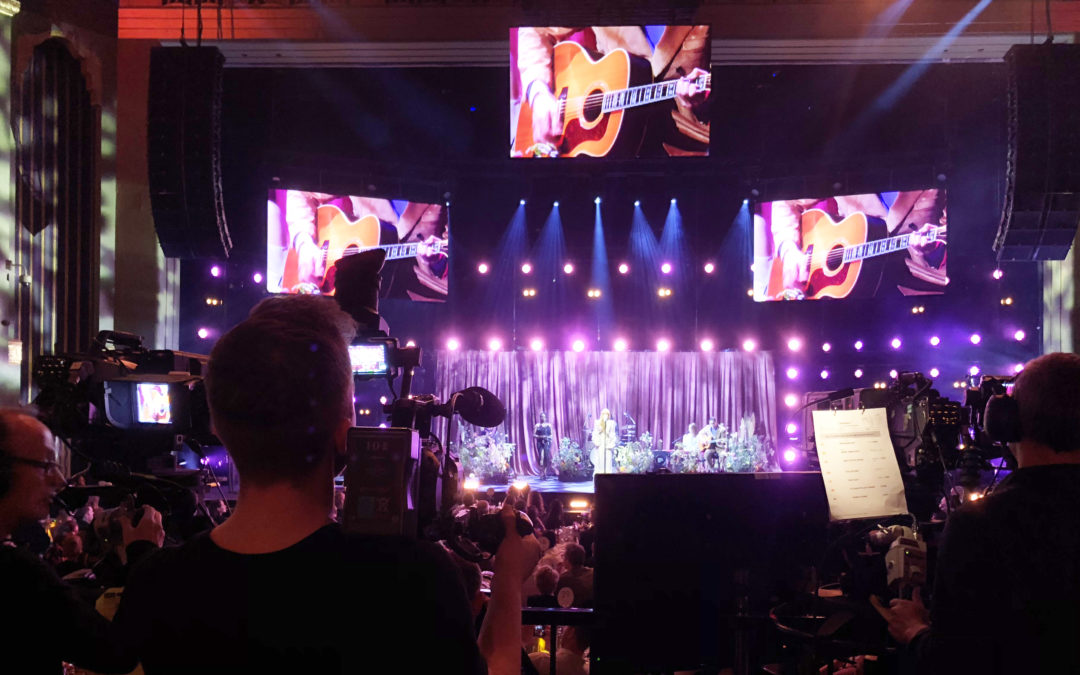 Music videos are an art form that seems far separated from corporate documentaries. It has a different purpose, different setting, different target audience, message, the tone of voice – frankly, the two genres do not have much in common. However, the approach and cinematography used in music videos can serve as a great source of inspiration for savvy corporate video commissioners.

It’s all been done before: find it, transform it, and use it

Fresh from his appearance in our #BestManProject video, Loyle Carner created this video for his track Ottolenghi with some awesome visual transitions.

The use of user-generated content at the beginning is inspirational because it gives us a window into the real life of Loyle Carner.  The UGC breaks down barriers between the star and the audience. It’s like we’re watching one of his home videos. This is a man who, just like us, falls asleep on trains.  This makes the rest of the visual journey so much more relatable. Can marketers learn from this low-fi approach? Can they work in UGC to make the personality of the brand more relatable or to offer a glimpse behind the curtain, to see the real people who drive the brand forwards?

In this video, there’s a big nod to Michel Gondry’s legendary work from the 90s. Especially his dream inspired visuals for videos like The Chemical Brothers’ Let Forever Be and Foo Fighters Everlong.

Rather than it being a rip-off, they’ve used classic work as inspiration to make new visuals. This is another technique that marketers can use when brainstorming ideas for videos. Are there any previous works that you can use as a reference and if so, how can they be evolved?

Marketing Advice: A great way to come up with ideas is to mash together previous classics.  Can you find two inspirational videos and mix techniques from each one to create a new style of video? This doesn’t have to break boundaries but it could be as simple as taking a style of a commercial that is traditionally serious and injecting humour into it to break the mold.  Can this be done by taking reference points from a great funny video and a great serious video and mashing them up to create a whole new piece?

Successful Practice: Another example of modern-day referencing can be seen in Josh Pan’s Mask video which pays homage to Paul White’s video for the iconic Björk video from the late 90s.

It starts long before the brief

Featuring incredible cinematography by Justin Brown and Directed by Us, the video reflects the song’s meaning by repeating one camera move over and over in various different versions of the same room. The camera work is so intrinsic to the concept of the video that the two are inseparable.  By working with a production company to conceptualize the video early on, the record company has received an outstandingly original video both in terms of craftsmanship and art direction.

Marketing Advice: Marketing departments can take influence by getting a production company on board before they’ve even written a brief for a campaign.  If there’s a business challenge that needs addressing in a novel manner, then getting the production company in to help shape the brief and conceptualize new ideas can often lead to better results than answering a prescribed brief which has been diluted with the need to highlight USPs.

Successful Practice: Another great example of an innovative technique being used to tell a story is in George Ezra’s video for Shotgun:

Stock footage – because it doesn’t have to be complicated

Stock footage is hugely popular in corporate videos and rightly so, it’s a cost-effective way to illustrate your brand proposition but it can also lead to a disconnect with savvy audience members who can recognize a generic stock video a mile away.  One way to avoid this is to mix stock shots with bespoke captured footage that perfectly illustrates your unique offering. You can go one step further and creatively treat the stock footage by adding animated elements as we have done in our video for Colt.

Other videos that offer inspirational treatments of stock footage are Cassius ft. Cat Power & Pharrell Williams: Go Up & Coldplay: Up & Up

Art & Design: It’s all about the looks

Production Design is notoriously overlooked in corporate videos, but by adding a talented production designer or art director, your videos can really stand out from the crowd. Take a look at the meat phone in the above video, and see how production design works throughout to set a really quirky tone. The video is packed with Easter egg props and humorous details to reward their fans. There’s a charming lo-fi approach to the production design in this video, which demonstrates that adding creative locations and props doesn’t have to cost the earth.

Marketing Advice: Marketers should not overlook this essential element of the production process when thinking about how to budget for a new video. Can you set your video in somewhere more interesting than an office? Can you budget to build a set in a studio or can you source interesting locations and set dress them with creative props that will help communicate the underlying message to the audience?

Put the viewer in control

Splitting your messaging into bite-sized chunks and leading the viewer on a journey from one video to another is a video strategy we often employ for clients. It allows the viewer to be in control of their content journey.  See how this technique is cleverly employed to create an original music video by Tierra Whack.

Also, the use of creative transitions in corporate videos is a great way for brands to keep the attention and interest of the audience.  Additionally, it gives the narrative of the video more fluency.

Get under their skin

There’s no substitute for incredible storytelling and this captivating video from LCD Soundsystem proves that it doesn’t have to be complex.

A really powerful piece of storytelling which uses a sci-fi narrative to tell the story of an elderly couple who are very much in love and how that love and partnership keeps them going through highs and lows until the very end. It’s a simple story, perfectly told by feature film Director Rian Johnson with a universally understandable theme.

Marketing Advice: Emotional storytelling is not something that belongs only on the big screen. The emotional approach is important for the brand image, in order to make the audience feel and experience the brand: its story, vision, and values.  Affective messaging helps to establish an emotional connection with the consumer, which leads to brand loyalty.

The power of the edit

From the very start, the editing in this video is inspirational.  Precisely cut to the beat, with an impressive use of typefaces the edit is brave and daring.  Brands can learn from how rapidly you can cut videos nowadays without turning off your audience.  The typography is onscreen just long enough for it to register with the viewer. The commissioner was not concerned with having every word on-screen for long enough for the audience to absorb it. It’s more about the feeling you get from watching the video. They rapidly juxtaposing imagery and sharp harsh cuts make for a visually arresting montage.

This sort of edit would be really powerful for an audience in a dark room, where you have their undivided attention and the music can be played loudly – for example, in a conference.  It would be exhilarating to see such a bold and daring editing technique being used in a conference setting.

Inspiration is right there – you just need to see it

Marketing Advice: Marketing professionals can take influence from the extension of the video into social in an authentic manner which not only makes the best use of their investment in video but it also uses the medium of Instagram in a way that is natural, appropriate and likely to engage audiences.

Special Effects: can blow your mind but not your budget

The creativity in this piece is multi-layered. It features innovative use of special effects and an emotive performance by dancer Sonoya Mizuno. The combination of contemporary dance with stunning special effects creates a mesmeric video, which perfectly fits the music track.

Special Effects don’t have to blow your budget. Cost-effective special effects options can be found. We made a book trailer filled with CGI for a very reasonable budget by using some creative solutions to filming. Marketing departments just need to reach out to production companies with a challenge… how to add a layer of creativity to their videos, which rivals that in the best music videos.

Music videos and corporate video are still two different worlds, but to make usually static corporate videos more exciting and dynamic, it’s useful to have a look at the successful practices of the modern music industry.