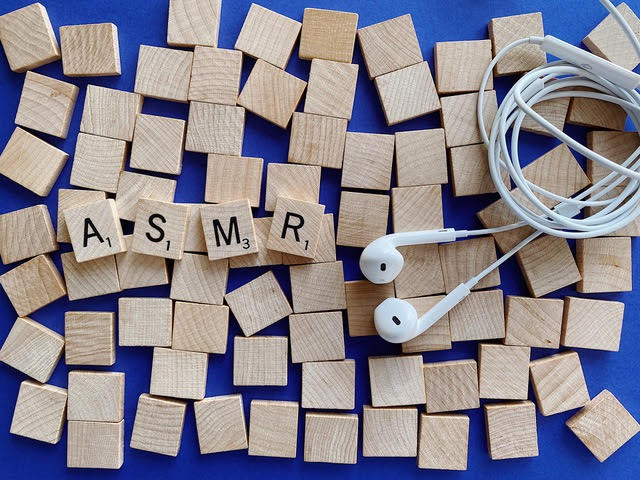 Already millions of subscribers on YouTube and Instagram follow the trend around Autonomous Sensory Meridian Response (ASMR). Enough evidence to look closer into what this phenomenon entails and how it can be relevant for your video marketing.

The Fastest Growing Genre for Relaxation Online
What is ASMR? Back in 2007, on a website called steadyhealth.com, a form discussion talked about “a weird sensation which feels good”. The term ASMR was coined later in 2010 by Jennifer Allen who was searching for answers regarding that weird sensation.

ASMR is a phenomenon induced by sounds and visuals where viewers experience brain tingles, goosebumps and an overall relaxed feeling. According to the University of Sheffield’s Department of Psychology, ASMR shows significant reductions in heart rates and benefits the overall physical and mental health of people. Even though there is no scientific evidence that these videos produce reliable neurological responses, millions of people tune into ASMR every night to help them sleep. What started out as niche content has made its way to the fastest growing genre in relaxation online.

So-called ASMR’tists publish videos on social media channels, in which they whisper into microphones, eat crunchy food or scratch on items that are placed next to their microphones. All of this allows viewers to experience a tingling sensation!

Existing ASMR advertising campaigns
What might sound like a super strange and odd pleasure, has actually made its way into advertising, shifting advertisers from loud and overstimulating ads towards quieter and more relaxing versions.

For instance, the advertising campaign of Michelob Ultra “organic” beer which got aired during the Super Bowl in 2019. A campaign starring Zoe Kravitz who is surrounded by waterfalls and mountains, whispering into dual microphones, tapping on the beer bottle and popping off the cap. The brand went with ASMR since Michelob Ultra-Pure Gold Beer is aimed at bringing more people interested in general wellness, health and nature towards buying that product.

Another good example of ASMR in an advertisement is the “Oddly Ikea” campaign, promoting a new range of dorm room solutions. A female narrator is gently de-crinkling pillows as well as grazing her nails over a lamp. The target audience “Oddly Ikea” is aiming at, fits the demographics (18-24 years old) ASMR has on YouTube.

Tips and Tricks to Implement ASMR Advertisement
The right approach to video marketing is essential for brands to stay relevant to the market. ASMR marketing works with visuals, audio and tactile stimuli, hence it can create a more immersive experience for viewers, resulting in higher brand recognition. Tactile stimuli are probably the strongest experience. Only the thought of getting touched through these so-called “personal attention” videos, in which ASMR’tist pretend to give you a facial massage, can trigger.

Getting one of the popular ASMR’tists onboard of your video marketing campaign gives you access to their millions of followers. ASMR Darling with over 2 million subscribers on YouTube helps her viewers fall asleep by whispering and tapping into the microphone. ASMR’tist Gentle Whispering who has over 1 million subscribers speaks with a soft Russian accent and is probably the most known ASMR YouTuber in mainstream media. Some of them are already partnering up with brands and feature their products in ASMR videos called “Tapping on all Apple Products” or “The Lush Store Roleplay”.

But be aware that not every product is suitable for ASMR. Depending on what kind of product you are selling and if that can produce soothing sounds eliciting a certain sensory response. Moreover, if you want to make ASMR work, the video needs to have a human component, a human element. It needs to involve personal attention, a feeling of safety, security and slow movements.

Another aspect worth mentioning is the risk of audiences not being able to respond to ASMR. According to research, some people have responses to stimuli such as endorphins, dopamine, oxytocin or serotonin and some simply don’t. Parts of those stimuli can be FELT by individuals experiencing ASMR.

Maybe ASMR is just another trend that comes and goes. It is no secret that brands have been using psychological marketing approaches for quite some time and ASMR happens to be one of them. In the end, it is all about pulling off a creative content marketing strategy, and if your product fits the concept of ASMR, it is definitely worth looking at it!